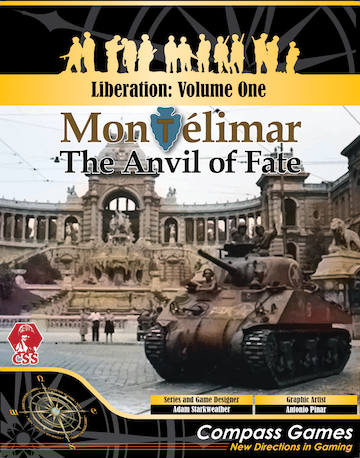 As the Allies advanced out of the Operation Dragoon Bridgehead, they suffered from too much success.All of Southern France lay before them and where next was debated in the Allied High Command.With indecision also came several supply shortages that accompany rapid advance.What the Allies wanted to do was also limited by what they could do. The Germans they were facing were getting desperate as the Allied advance, as stunted as it was, was moving behind the 19th Army and facing annihilation, knew the only way out was through the narrow Rhone Valley.

The Allies finally realized the importance of the Rhone Valley and, finally, on August 21, moved to secure the high ground north of Montélimar – blocking the entire 19th Army's escape route. At first, just a small task force blocked the way and while pressed hard, they barely held until Allied reinforcements entered the fray.The Germans were also rapidly reinforcing the area until Montélimar became the focal point of the entire war in the south.A furious battle would be fought over 8 days with both sides claiming victory.The Allies mauled the Germans getting away – but the Germans did in fact get away.Montélimar is the third game of the Company Scale System and the first volume of the "Liberation" series covering the battles of France and Germany in 1944 and 45.Both sides attack and defend, and the fate of all of Southern France weighed in the balance.