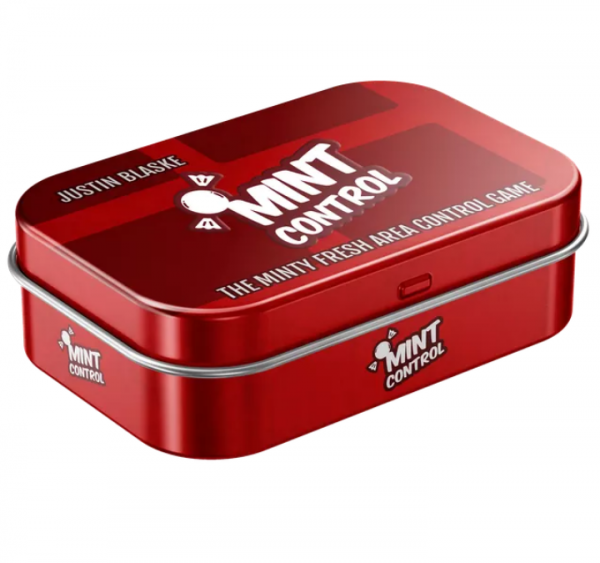 Mint Control is the newest entry into the Mint Series line of games. Mint Control is designed by the same designer as Mint Works and Mint Delivery as a deep strategy meets ease-of-play area control game that fits in your pocket, teaches in under a minute and plays in 30! It expands the world of these games such that these candy companies are now starting to vie for control.