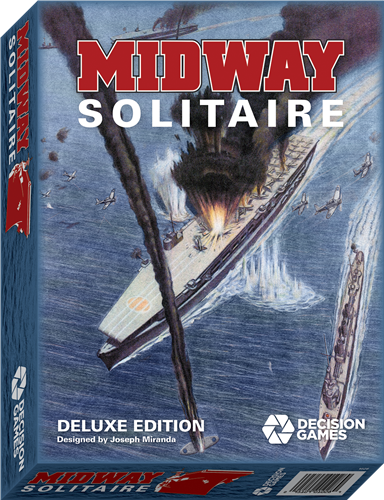 Following the overwhelming success achieved by the Japanese from December 1941 to March 1942, the Japanese Imperial Headquarters initiated the second phase of their planned expansion designed to isolate Australia in conjunction with Adm. Yamamoto’s plan to destroy the US Pacific Fleet carriers. This plan envisioned the seizure of bases in Papua/New Guinea and the Solomon Islands. These bases would support future operations against New Caledonia, Fiji, and Samoa. By early March, with the seizure of Lae and Salamaua, the entire north coast of Papua/New Guinea had fallen to Japanese forces, who were planning for an amphibious invasion of Port Moresby.

In early May, Adm. Inoue initiated the operation resulting in the first carrier battle of the war in the Coral Sea and the abandonment of the Port Moresby invasion. With this failure and the humiliating bombing of Tokyo by the US Doolittle Raid conducted on 18 April, the Imperial Headquarters advanced the start date of Yamamoto’s Midway and Aleutians planned invasions.

On 26 May, the Japanese Northern Force sailed from Japan towards the Aleutians with two light carriers. One day later, the largest Japanese force headed for Midway leading to one of the greatest (and luckiest) naval victories in history and the virtual end of Japanese expansion in the Pacific.

Midway Solitaire follows the campaign in the Pacific Theater of Operations from April to June 1942. This period saw the Japanese take the offensive in two major campaigns including the battles of the Coral Sea and Midway—both decided by aircraft carrier actions. You command the United States Navy and Allied forces while the game system controls the Imperial Japanese Navy. You take on the role of Adm. Nimitz in terms of the options available and decisions you can make to repel the Japanese Navy’s drive across the Pacific. You must defeat multiple naval offensives, each possessing superior numbers. The key to winning is to balance your limited assets to meet the threats presenting themselves over the course of the game. The course of the war in the Pacific is at stake.