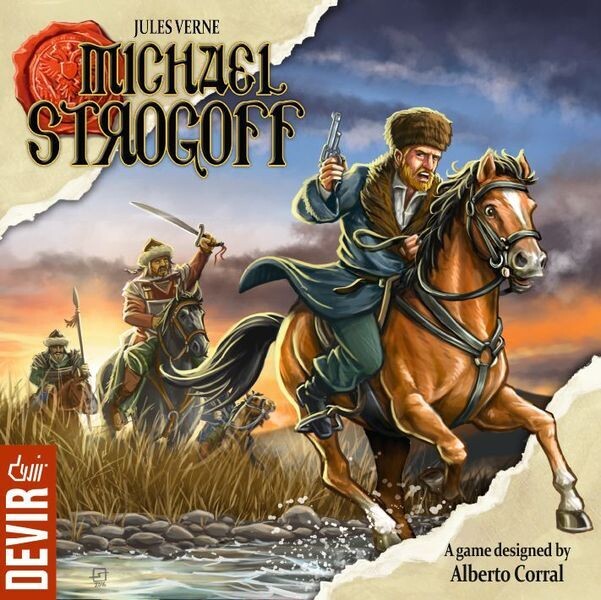 Russia – end of the 19th century. The traitor, Colonel Ivan Ogareff has allied with the Tartars to invade the empire. They have cut telegraph lines between Moscow and the capital of Siberia, Irkutsk. Now they are headed for the city to start their invasion plan. The Tsar is asking for help from some of his brave couriers to race quickly out to Irkutsk and warn the Tsar’s brother, the Grand Duke, of the threat moving toward him.

In Michael Strogoff, based on the Jules Verne novel of the same name, players race to deliver a message to the brother of the Czar, while simultaneously racing both an assassin sent to kill that man and Tartar forces moving on Moscow. Players must help one another hold off the latter threats, while still trying to be the first to deliver that message.

Live the most epic adventure ever to come from the pen of Jules Verne!