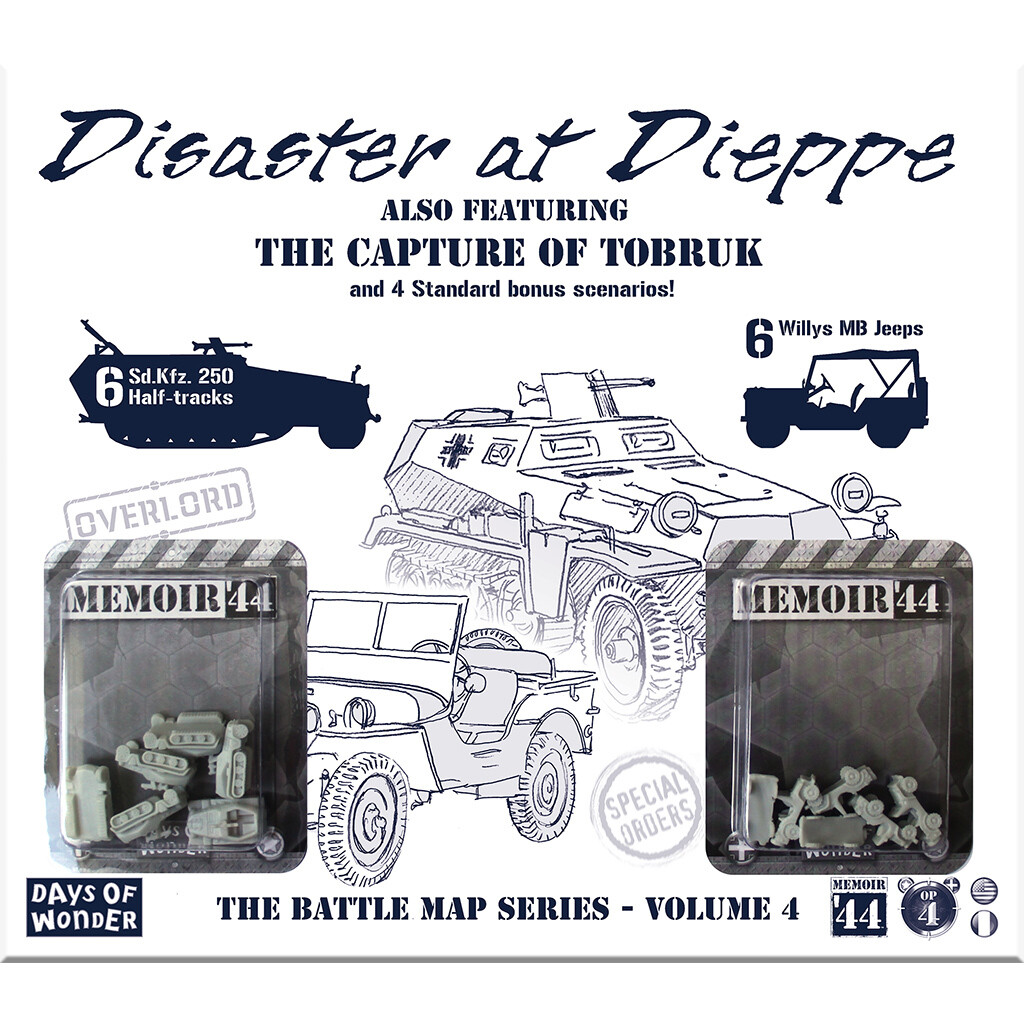 A raid on the German-occupied coastal town of Dieppe, Operation Jubilee was intended to demonstrate the Allies capacity to seize and hold a major port for a short while. The Canadians sent in just couldn't imagine how short their stay would be...

The landing beach was a mile long, with headlands at both ends and barbed wire across its entire length. At first, enemy fire was light, letting the landing troops - Essex Scottish Regiment on Red Beach and the Hamilton Light Infantry on White Beach - make it through a first row of wire and toward the sea wall with only minor losses. But tanks from the 14th Canadian Tank Battalion had not arrived ahead of the infantry landings as planned; and once landed, they could not get any traction on the loose beach pebbles. To make things worse, the men of the Royal Regiment landing on Blue Beach near Puys arrived late. They were pinned on the beach, unable to move west and take the eastern headlands before the main assault. The Germans, now on full alert, swept the exposed Canadian forces. Control of the Casino and surrounding pillboxes seasawed back and forth but to no avail. Four hours after landing, the Allied commanders were forced to call a retreat, leaving almost 60% of the men who'd landed killed, wounded or captured! The lessons learned from this debacle were painful, but were of considerable help in preparations for the landings in Normandy, two years later.

The Capture of Tobruk

After smashing British defenses at Gazala, Rommel pushed his Afrika Korps towards Tobruk. Having successfully withstood a 9-months siege the previous year, the city was left to the protection of the 2nd South African Division's General Klopper. The city's defense perimeter consisted of 30 miles of wire entanglements, minefields and prepared infantry positions. In support were a limited number of tanks and artillery.

Rommel's attack from the South East came on the 20th. Under cover of a morning mist, German engineer units crept forward, clearing mines and wires. Once the mist cleared, the British saw a mass of troops and vehicles approaching. A horrific artillery bombardment followed by a wave of bombers left no doubt the battle had begun. The German Panzers and infantry rolled forward through the wire and minefields. A valiant British armor counterattack with artillery support briefly halted the advance but by noon the Germans had reorganized and resumed their advance. Once the line at Kings Cross fell, the way to Tobruk lay open and the British command structure disintegrated. Klopper ordered the white flag to be raised...

The four Standard scenarios require the Terrain Pack and/or the Mediterranean Theater.

Purists wishing to use all figures of the proper color in Overlord Scenarios will need two copies of the Mediterranean Theater expansion.