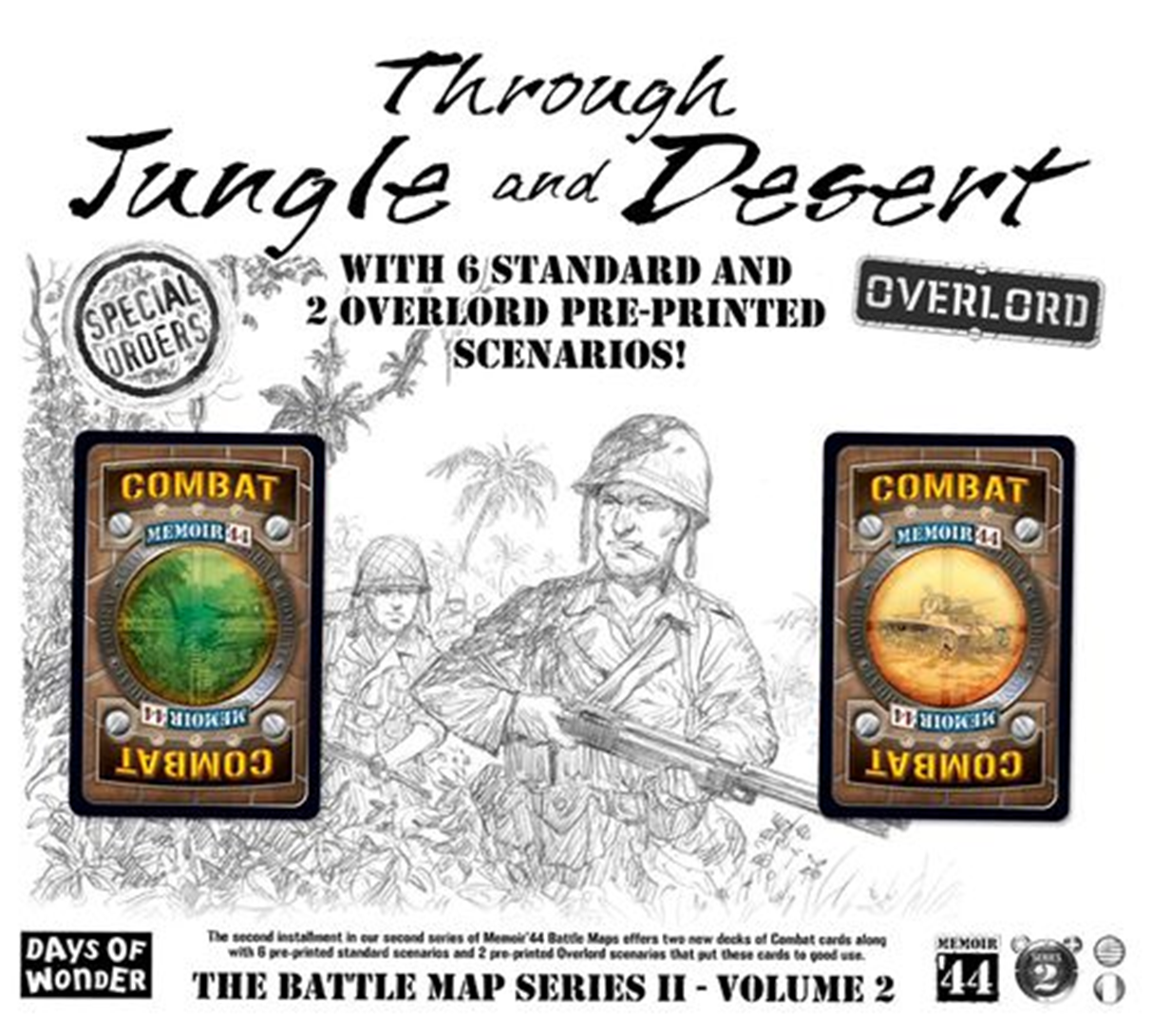 The second installment in our second series of Memoir '44 Battle Maps offers two new decks of Combat cards along with 6 pre-printed standard scenarios and 2 pre-printed Overlord scenarios that put these cards to good use.

Lead your men through the merciless jungle of Burma, trying to escape the Japanese grasp or rush to Rangoon before the British forces evacuate the city. Discover the tangled fighting conditions of jungle warfare – your enemy might be the jungle itself!

Fight the very first tank battle between US and German forces in the sands of North Africa, where Stuart and Panzer clash in the middle of the desert. Hide behind ridges, ambush your opponent, and victory will be yours.

Two ready-to-play Overlord scenarios are also provided in this expansion: in Guadalcanal you will fi ght for Henderson Field, a strategic objective for both sides. On the other side, Operation Lightfoot is a huge desert battle that marks the beginning of the second battle of El Alamein.

The new Jungle and Desert Combat cards provided in this expansion are designed to help spice up your Memoir ’44 scenarios by introducing new fighting conditions. They can even be used in previous Memoir ‘44 scenarios!

NOT A STAND-ALONE GAME! Requires at least one copy of Memoir ‘44, as well as the Pacific Theater and Mediterranean Theater expansion. The Terrain Pack and Equipment Pack expansions are also recommended.