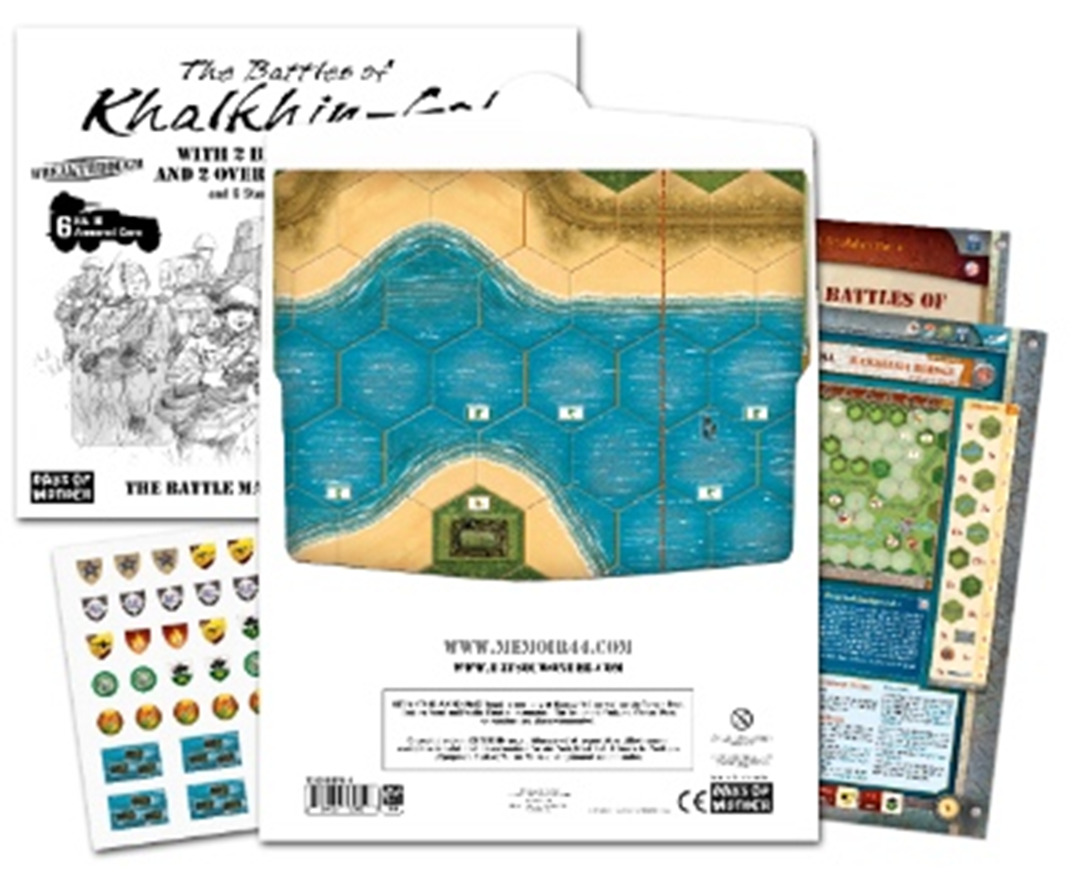 The first installment in the second series of Memoir '44 Battle Maps offers a campaign of 6 standard scenarios that can be enhanced with the two pre-printed Breakthrough battles provided in this expansion: The Battles of Khalkhin-Gol.

The Battles of Khalkhin-Gol is a series of battles fought along the Halha River (Khalkhin-Gol), on the Soviet-Japanese border, at the very beginning of World War II.

The Japanese Sixth Army was facing the Soviet 57th Special Corps, including Mongolian cavalry. At first, the battles were only short skirmishes, but it soon escalated into open war. The whole campaign lasted 5 months and ended with a Soviet victory.

The six standard scenarios of this expansion can be played separately or as a campaign, with each scenario outcome impacting the following one. The pre-printed Breakthrough scenarios, Bain Tsagan Heights and Tightening the Noose, can be played in the campaign as well as one of the two Overlord scenarios, Encirclement at Khalkhin-Gol.

The second Overlord scenario, Cape Torokina Landings, highlights the fierce battle for Cape Torokina between US Marines and Japanese forces that took place years later – therefore it is not part of the campaign.

This expansion also includes 6 Soviet BA-10 Armored Cars and 6 Japanese Type 97 Te-Ke tankettes that players will find useful for many of the scenarios included.

NOT A STAND-ALONE GAME! Requires one copy of Memoir '44, as well as the Terrain Pack, Eastern Front and Pacific Theater expansions. The Equipment Pack and Winter Wars expansions are also recommended.