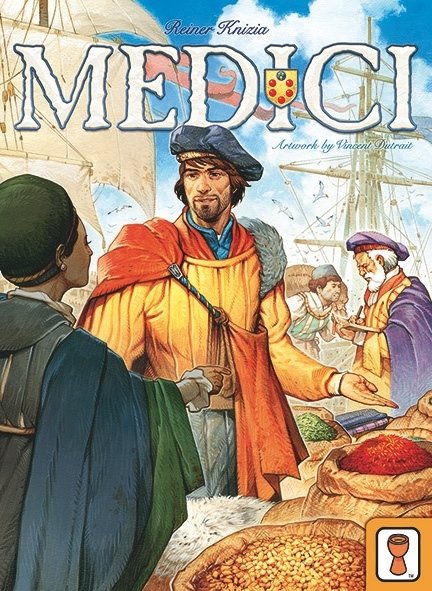 In Medici, players take on the role of merchants during the profitable age of the Medici family. Players, in turn, reveal lots of valuable trade goods for auction. After a once-around bidding process, players fill their boats with these goods. At the end of each round, money is earned for the highest valued ships, as well as for having monopolies in each type of goods. Medici is full of player interaction and boasts an innovative scoring system that has players bidding on goods with their end game points.