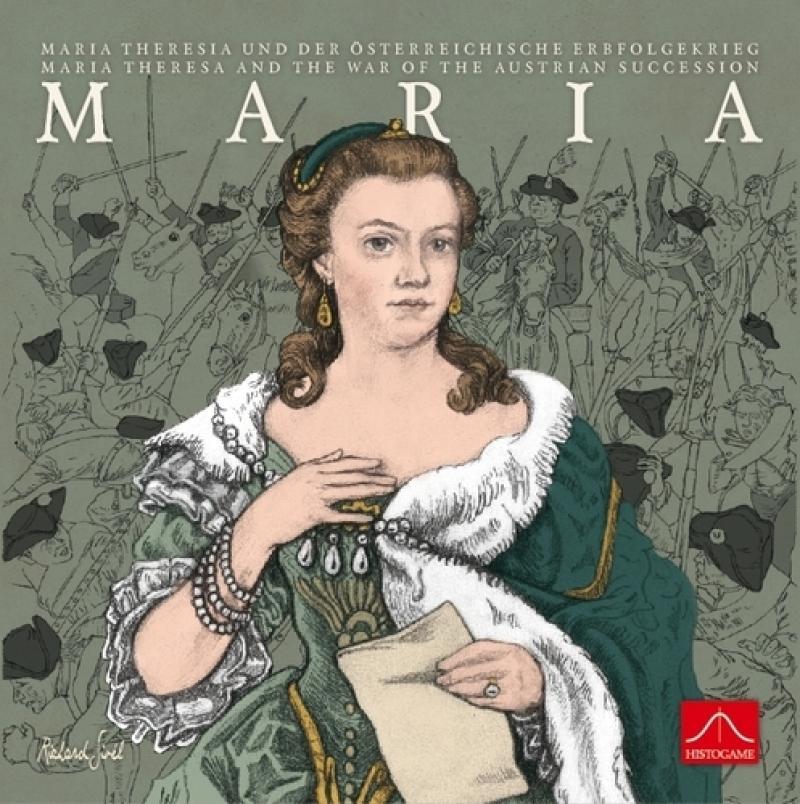 Maria Theresa and the War of the Austrian Succession

In October 1740, Charles VI, the German emperor and the Austrian head of state, dies. Succession falls on his oldest daughter, the 23 year old Maria Theresa. However, by Imperial law and tradition, women cannot succeed to the Imperial throne.

Although the other states of Europe had agreed to Maria Theresa's succession only a few years before by signing the Pragmatic sanction, her enemies now regard Austria as easy prey. Bavaria and Saxony lay claim to large swathes of Hapsburg possessions. Supported by France, Bavaria is even claiming the Imperial title itself. And what could be easier to achieve? Austria is isolated and ruled by a young, inexperienced, and, it is assumed, weak woman.

In December 1740, the War of the Austrian Succession nally breaks out. Seizing the opportunity, Frederick II of Prussia – himself King for only six months – invades the Austrian province Silesia, driven by his ambition for power and personal glory. The Prussian surprise attack takes Silesia with scarcely a fight.

In Spring 1741, Bavaria, Saxony and France take up arms as well. Engulfed by this wave of attacks, Austria seems doomed.

However, the attackers have underestimated Maria Theresa, her strength of character, and her erce tenacity. Against the advice of her ministers, she is not willing to give up the smallest part of her heritage . . .

MARIA is primarily a 3 player game. One player is Austria, the second is France plus Bavaria, while the third player has the schizophrenic role of playing Prussia (Austria's enemy) and the Pragmatic Army (Austria's ally) at the same time. This is made possible by the division of the map into two parts, the Flanders map and the Bohemia map.

MARIA is derived from the award-winning Friedrich, but has its very own character, including politics, hussars, force marches, imperial election, Saxony's betrayal and Prussia's annexation of Silesia. Subtle maneuvers, seizure of fortresses, prudent retreats, and Machiavellian politics are the keys to victory. However, players must be careful: whoever uses his Tactical Cards unwisely in battle can suddenly find himself not on the highway to glory but on the road to ruin.