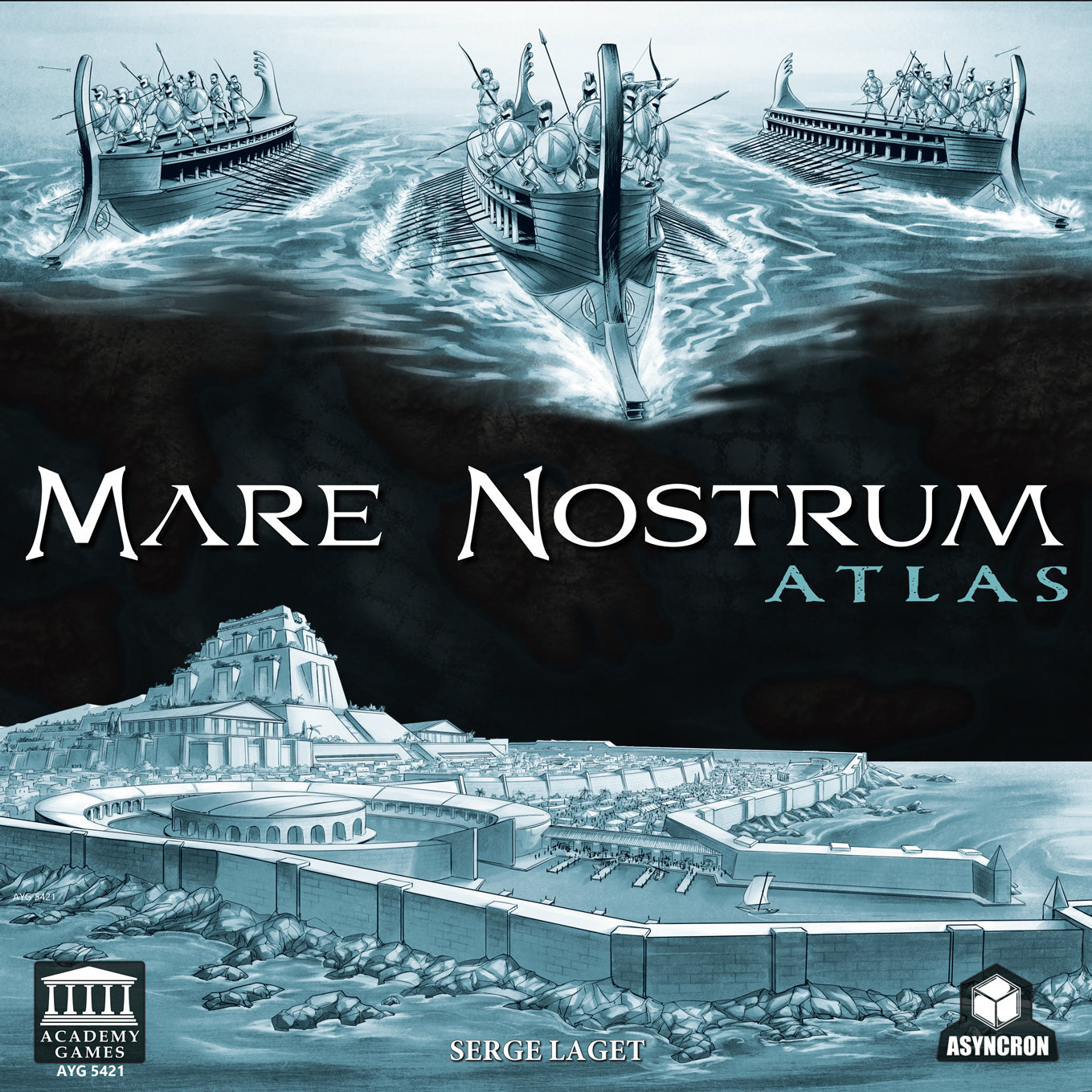 Once again the prophecies come to pass: the Atlantians, lead by their King Atlas, are determined to assert their dominance on the Mediterranean Sea. Lured by the prospects of war, new heroes such as Chiron the Wise and Pegasus the Spirited appear. Their unique capabilities may curry the favor of the gods on your Empire.

Prove your military prowess, your devotion to the gods, or your economic influence to gain powerful bonuses such as new military units, divine interventions, and rewarding economic events.

You may also play the Punic Wars between Rome and Carthage in the exciting two-player mode.

The five included expansions to Mare Nostrum - Empires merge History and Myth into one world. Your time has come to make your achievements worthy of Legend!

Rome faces off against Cathage in ‘The Punic Wars’ 2 player expansion!

‘The Punic Wars’ is a tense, back and forth, struggle between two players. This expansion contains rules for playing with the Northern Barbarians, an independent faction that each player can use against the other on their turn. Victory Conditions and most rules remain unchanged, allowing 2 players to experience the same challenges of empire building and expansion as in the main game. Victory goes to those who trade wisely, expand cautiously, and battle most effectively!

Mighty Atlantis rises from the ocean to dominate the Mediterranean!

‘Atlantis’, the 6 player expansion, adds the Iberian Peninsula to the Mediterranean along with the Island Empire of Atlantis, led by Atlas. This expansion also includes additional Resources and Buildings for increasing the number of players to 6, and five new Atlantean Heroes to recruit!

Each of the Legendary Cities expansions comes with new objectives that you may strive for! These objectives, when completed, give you access to powerful bonus cards which can be used against your opponents. These objectives, such as ‘Poseidon’s Legacy’, or ‘Daedalus’ Plans’ represent a great achievement by your Empire!

Use powerful Bonus Cards for a one-time benefit to you, or a devastating blow to your opponents!

When you achieve an objective, you may draw 1-5 bonus cards which can be reserved and played on yourself or an opposing Empire at a critical moment. These cards, such as ‘War Elephants’, ‘Isis’, and ‘The Oracle of Delphi’ can have a powerful impact on you game’s course of events, allowing you to win battles with ease, gather additional resources, and change resources offered for trade after everyone has already selected!