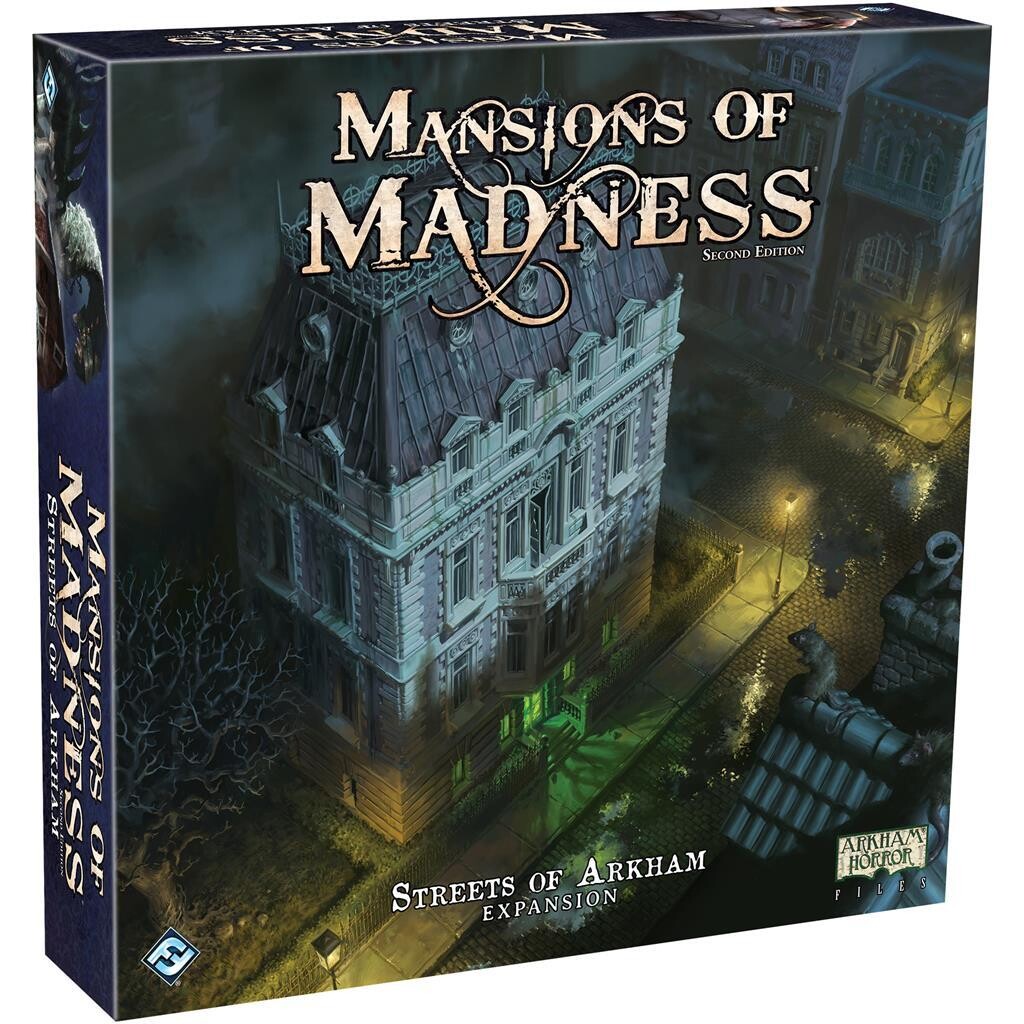 Evil extends its reach and spills into the Streets of Arkham! This expansion for Mansions of Madness: Second Edition places four new investigators in three thrilling digital scenarios that incorporate new elements of gameplay, including elixirs and improvement tokens. Players get hours of exciting gameplay filled with horror and hardships that incorporate the core game and build upon the Arkham Horror canon.

Streets of Arkham is an expansion for Mansions of Madness: Second Edition in which investigators must confront the horrific secrets behind Arkham's failing facade of normalcy. From the campus of Miskatonic University to the gang-run speakeasies and storefronts, investigators face threats on both the supernatural and worldly fronts. Only with their wits, grit, and the occasional opportunity to unlock hidden potential can they overcome the threats to the city- and their lives.