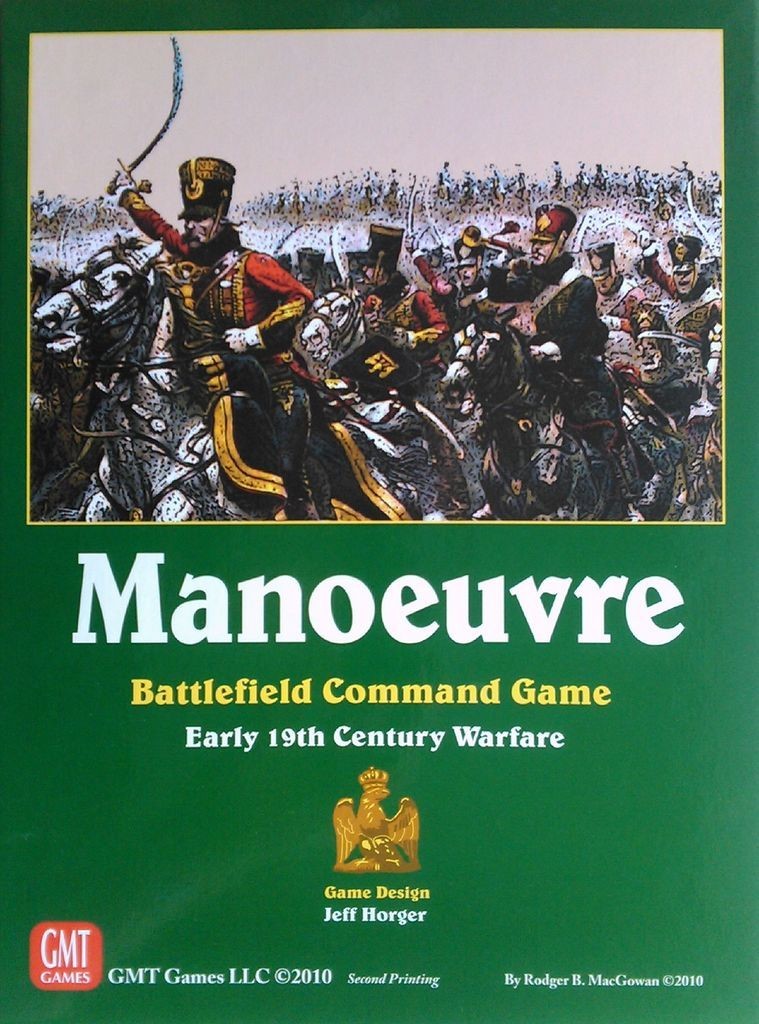 Manoeuvre is a fast-playing game of battlefield command, set in the early 19th century. Multiple geomorphic game maps provide the chessboard-sized battlefields over which eight different armies of the period move and fight in one-on-one battles. As the commanding General of a nation's army, you have at your command units and a 60-card national deck which represents your army's specific troops and unique strengths. Your job is to utilize those assets and manoeuvre your forces to achieve battlefield supremacy.