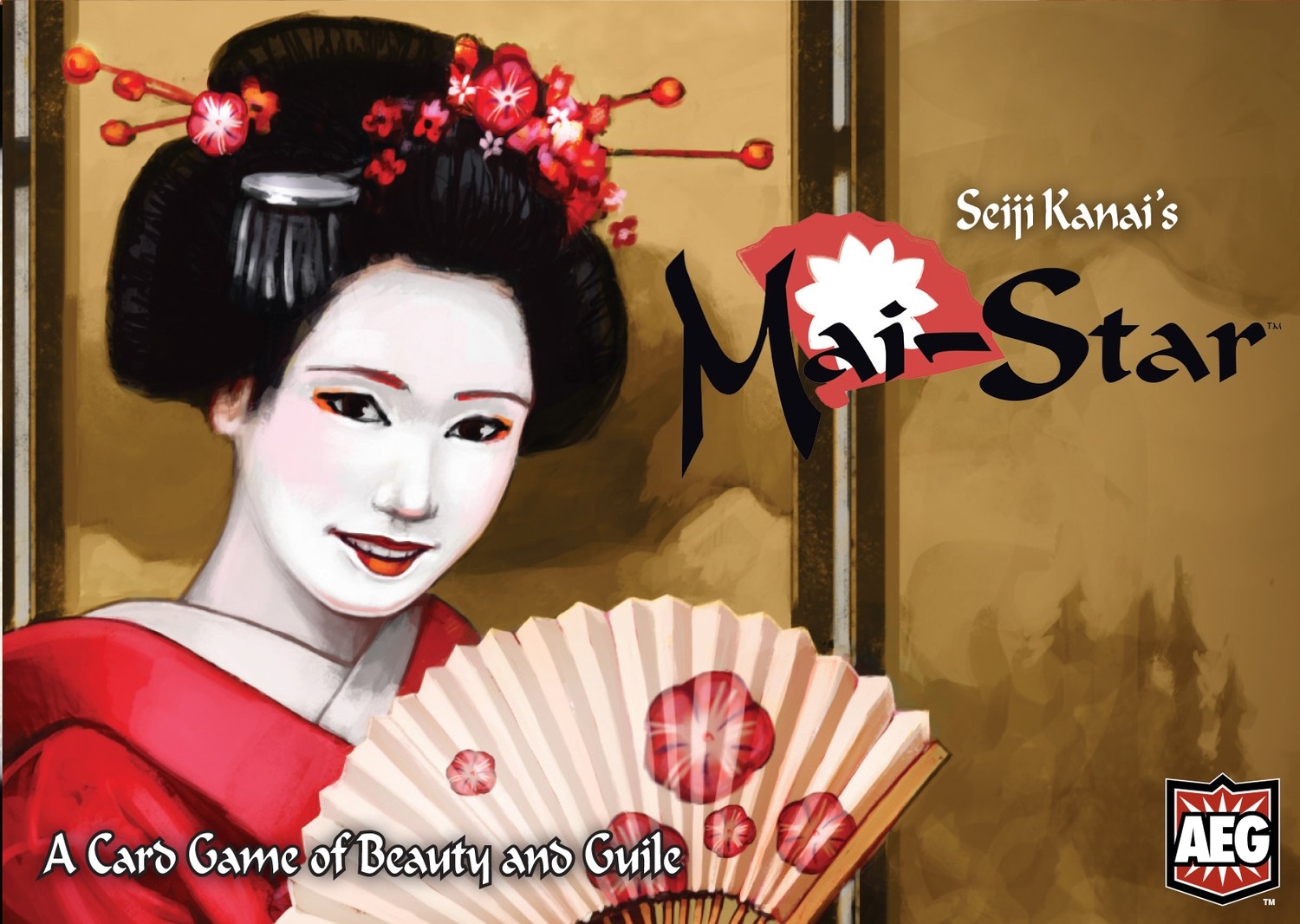 Beauty and Guile in the “Floating World”

In the Emerald Empire, a special place is set apart from the often-harsh realities of feudal life. Within the “floating world” of the geisha house, great artists are the center of attention: beautiful women who are masters of art, music, and conversation. The prettier and more skilled in her arts a geisha might be, the more popularity she gains and the greater her opportunities for success. But to win such a prize is not easy; a successful geisha must find ways to distinguish herself, to promote her own name over her rivals, or even sabotage rivals. Even within the Emerald Empire’s peaceful domain of the “floating world”, enmity between geisha can be as bitter as a samurai feud.

In Mai-Star, 3-6 players take on the roles of different geishas and compete to earn the most prestigious title. They play cards to raise the reputation of their geisha, and take guests to earn money, which is the measure of victory. Playing a card only raises the geisha’s reputation and will not earn any money. But without raising your reputation, you will not be able to serve the finest guests who can reward the most money or serve as powerful allies. Players must choose which customer cards to use as advertisers and who to use as guests. When one player runs out of cards, the round is over, and any cards remaining in hand will serve as penalty points, so it’s also a matter of using up your hand as quickly as possible. The player who has earned the most money after three festivals (rounds), is considered as the most skillful geisha, and will inherit the title of Mai-Star.