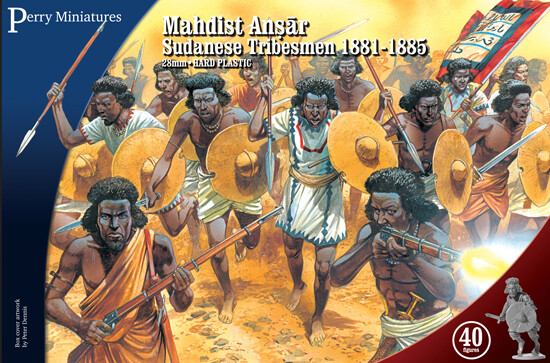 These miniatures can be assembled so as to portray the various types of dress adopted by Mahdist rebels in the Sudan between 1881-85.

Having clashed with Egyptian troops at Aba in August 1881, Muhammad Ahmad led his followers south into the desert in staged fulfillment of an old prophecy. In due course the province of Kordofan would become the seat of the rebellion. As the uprising spread, General Gordon held out in besieged Khartoum, capital of the Sudan. In turn, this forced Britain to react, resulting in three campaigns against the Mahdi and his Ansar.