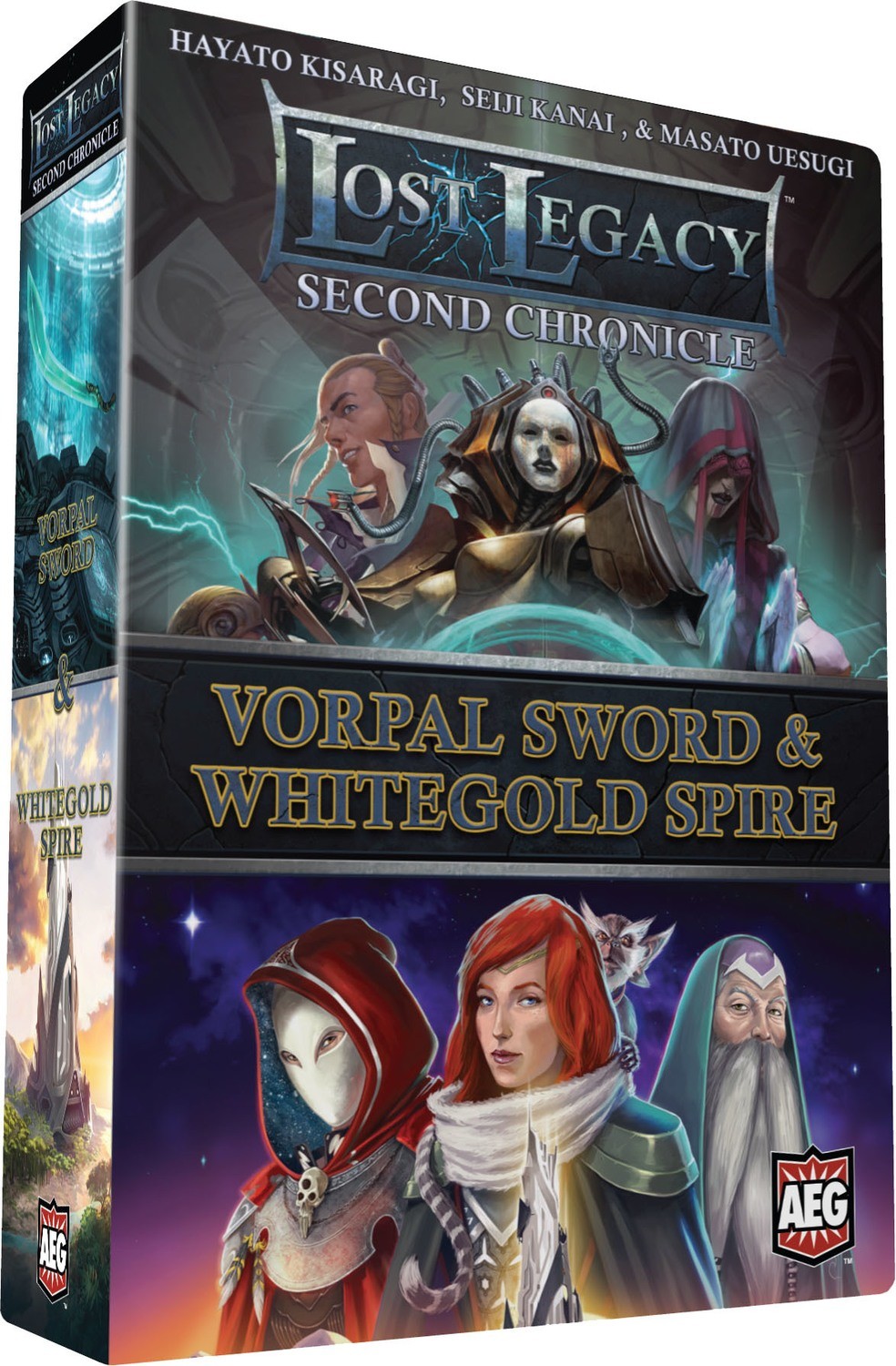 In the distant past, a starship from a faraway world appeared in the sky. Damaged in battle, the craft broke apart and traced lines of fire across the horizon. These falling stars crashed to the surface, and in the ages to come, became enshrined in legends as the Lost Legacy. Discover where the Lost Legacy can be found and win the game!

Lost Legacy: Second Chronicle contains two sets of game cards: Vorpal Sword and Whitegold Spire. Each set can be played independently or be mixed together with other sets to create a unique custom set. Combine all Lost Legacy sets together for the ultimate adventure!

One of the most famous of the Lost Legacies is known as the Whitegold Spire. It is a tall tower formed of a unique metal known as whitegold. This metal enhances the effects of spells and magical powers, and it is highly sought after in all known lands. This makes whitegold extremely valuable, and a great culture of wealth and trade has sprung up around the spire. A powerful cartel controls the Whitegold Spire, ruling over the surrounding lands with an iron fist. A group of treasure seekers have planned a daring heist. Their goal is to infiltrate the spire and steal a large shipment of whitegold directly out of the vault. The planned heist has many complications; there are some guards who can’t be bribed, rival thieves who must be outwitted, and an ongoing festival that makes moving around in the spire difficult. If the heist is to be successful, the thieves will have to be both daring and lucky!

The southern swamplands have a dark reputation as a foul, pox-ridden region harboring many monsters. Legends say that some of the Lost Legacies are sealed away within the swamps. Throughout nearby kingdoms, people have been having vivid dreams–visions of a gleaming sword that may be both a weapon and a key to unlock the seal. Adventurers have set out following these dreams, but the journey is a dangerous one, for the swamps are the lair of two powerful monsters. The first is a reclusive Medusa, whose cursed gaze transforms those she sees into stone. The second is known only as the Lord of Rot, a nightmarish creature that some say is the former caretaker of the Flying Garden. The Lord of Rot’s power has corrupted the swamp, filling it with plague and pestilence. Before the Vorpal Sword can be found and the seal unlocked, the Lord of Rot must be slain.