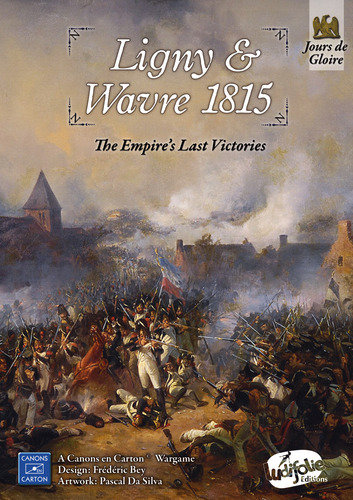 Ligny and Wavre 1815 is a complete game in the Jours de Gloire series. It covers the battles which occurred from June 16 through June 19, 1815, during the offensive launched by the Emperor Napoléon in Belgium.

Ligney and Evre 1815 consists of battles which confront players with numerous challenges: assaults on farms and castles, cavalry charges, the commitment of reserves, and the exploitation of reinforcements.