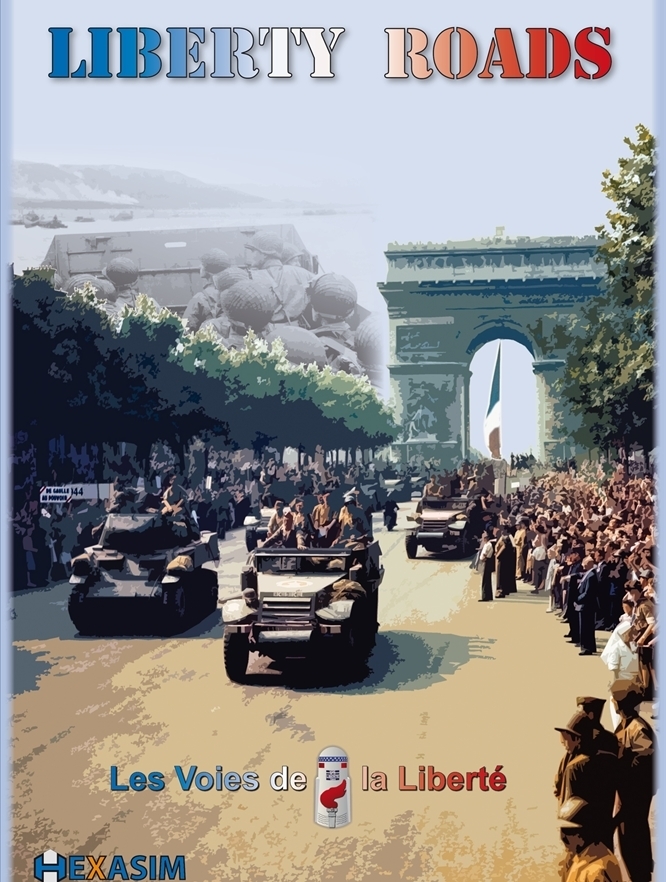 Liberty Roads is an historical simulation retracing the campaign of France, from June 6th, 1944, D-Day, to April 1945.

The map covers the whole theatre of operations, from Brest to the Ruhr, and from Rotterdam to Toulon. The scale is 1 hexagon for 25 km.

The counters represent divisions-sized units, of both sides, that took part in the campaign.

The system emphasizes the difference between the organizations of both armies. Allied armies benefit from superior numbers and better logistical support; the Germans rely on their elite troops and tactical superiority.

The Standard rules are the core of the game and include all the campaign specifics. While a lot of attention was given to landing rules. The system chosen offers the Allied player great flexibility of choice for the landing beaches, since almost all hexes can be subject to an amphibious assault. Moreover, landing is not resolved on a single die roll, but is carried out using original and fun play mechanics.

All the main aspects of the campaign are considered:

Also, the German Player must take into account Hitler's Operational meddling, influencing the resources at his disposal.

Allied logistics are simulated through historical rules: PLUTO (pipelines under the sea) and RED BALL (emergency system). It also of course depends on the control of the major or minor ports: capture and activation of the French, Belgian or Netherlands major ports constitute a decisive challenge for the allied player.