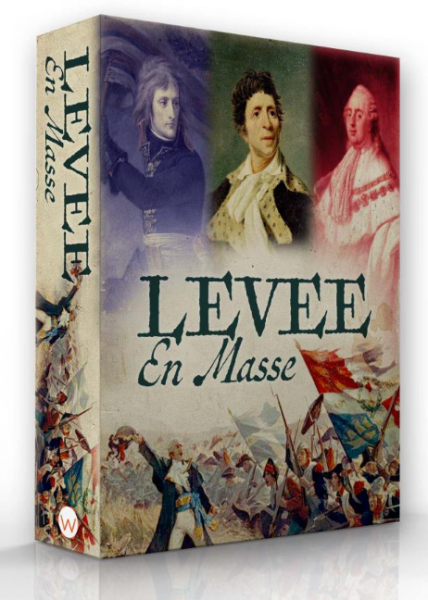 This solitaire game, suitable for cooperative game play, tells the story of the French Revolution through its key events and decision points. You must stop the advances of foreign armies and the counter-revolutionary forces within France itself to defend the virtues of Republicanism.

Can you suppress the forces of Monarchy and Despotism to maintain the Republican spirit in France? What affect will the rise of young Napoleon have on events? Can you export the revolution by liberating neighboring states and granting them their liberty? Will you be able to keep order in Paris as it suffers from riot after riot? Enlist today, grab your musket and a banner, and join the Levée en Masse!