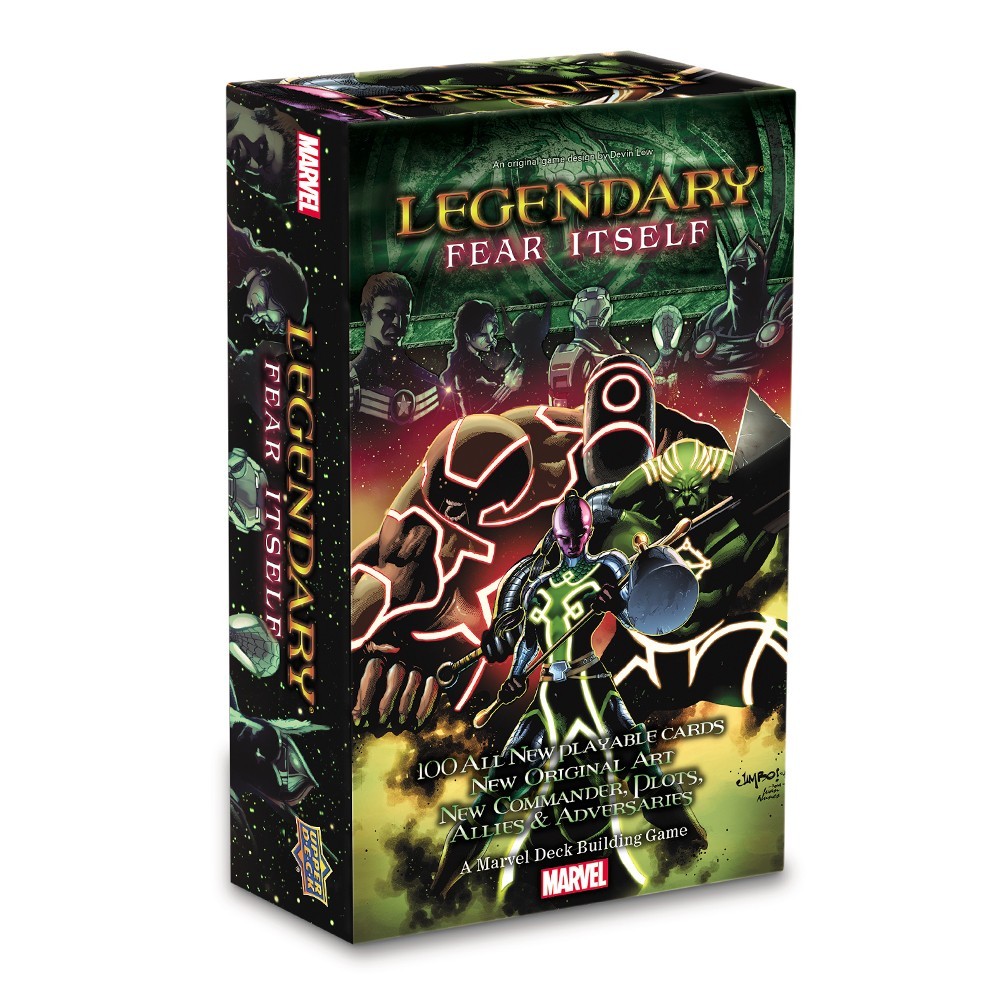 The Marvel Legendary Fear Itself Small Box is the first expansion to the highly successful Legendary Villains deck building game! You can play through the storyline with 6 new allies, 1 new adversary group, 1 new commander and 3 new plots. Players can work both with and against other players to defeat The Mighty while laying waste to planet Earth. Use The Mighty to defeat Iron Man in his Uru Enchanted Armor as he leads the forces of The Mighty to defend Earth.

**This is not a standalone product, Legendary: A Marvel Deck Building Game or Legendary: Villains required to play.**