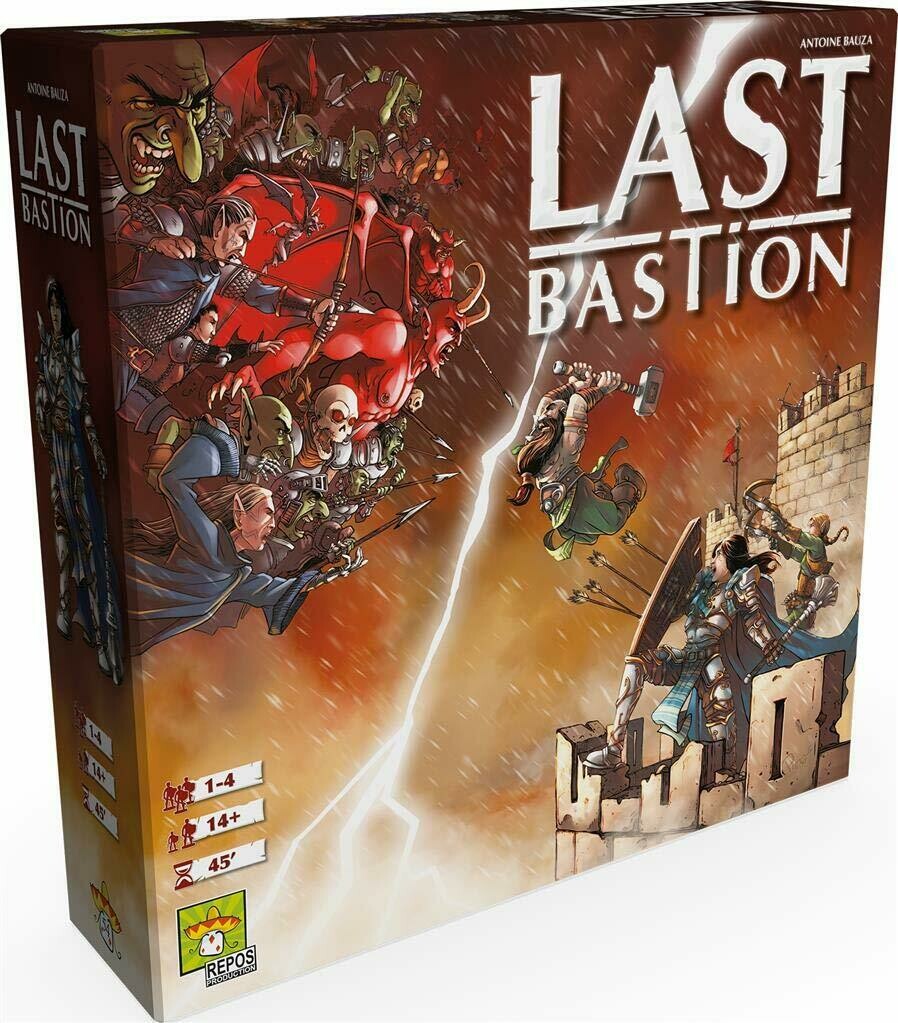 Last Bastion is a cooperative game. The players struggle together against the game: either they all win or they all lose.

Together, the heroes attempt to defend the Bastion, which is besieged by the armies of the Baleful Queen! They'll have to resist the relentless assaults of the Horde, prevent the Grasp of Evil from spreading, and slay the Warlord to hope to win the game!

Resist the assaults of the Horde.

Enemies attack the Bastion from all sides!

Enemies attack the Bastion from all sides! Place the Monster cards on the colored boards as they appear, apply their effects during the Horde phase, and hold fast! Greenskins, demons, undead: you'll be spared nothing!

Use the resources of the Bastion. Protected by the 4 Wall tiles, the 9 Bastion tiles represent your best resources to win!

Protected by the 4 Wall tiles, the 9 Bastion tiles represent your best resources to win! Make the most out of their powers: the inn, market, divine fountain, and Dwarven quarry, each location offers you new possibilities! But beware the Grasp of Evil, which threatens to ravage the Bastion from within...

Organize yourselves and fight the monsters to the last

Plan your movement, optimize your action, and carefully use your characters' special powers to push back the monsters during the Hero phase! Annihilate the ranks of this infernal army until the arrival of the Warlord: will you manage to vanquish them and come out victorious from this ultimate battle?