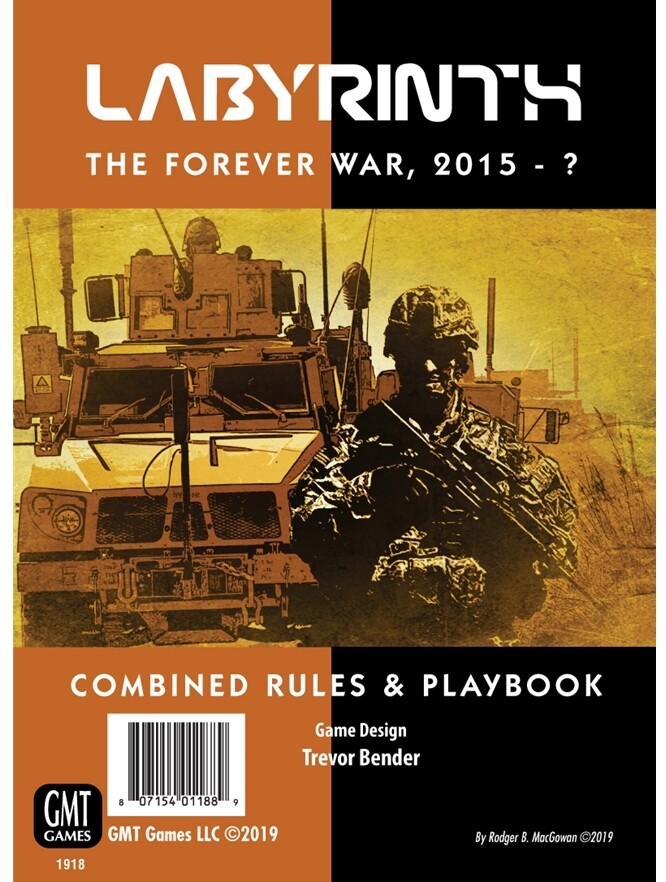 On June 29, 2014, ISIL proclaimed a worldwide caliphate based on an Islamic State carved out of swaths of Iraq and Syria, with its capital city in Ar-Raqqah, Syria. Its forces moved forward quickly, capturing Mosul and threatening Baghdad and key areas of Syria. The Caliphate reached its territorial high water mark in late 2015. The Obama Doctrine called for local allies to bear the brunt of the fighting after being trained and organized by US Forces, and supported by an extra-heavy dose of Allied Air Power. Would this slow but methodical approach reclaim the recently lost territory or would the Jihadist Jugernaught continue its unstoppable advance?

A year later, on January 20, 2017, Donald Trump was sworn in as the 45th President of the United States. It did not take long for him to exert his brand of leadership on the national and world stage. Immediate efforts were made to secure US borders from both illegal immigration and access by terrorists. Trump also followed the previous policies of the Obama administration to dismantle ISIL primarily from the air, with focused operations by Special Forces to lead regional allies in rolling back the Caliphate. ISIL was effectively disenfranchised as a land-holding power by November 2017. Trump did distance himself from Obama by pledging to withdraw from the Iran Nuclear Deal, which he accomplished on May 8, 2018, much to the dismay of his European allies. International tensions played out in Asia as well with both North Korea and China requiring lengthy negotiations. Europe displayed autonomy of action that frequently misaligned with US interests. And then there was Russia, who played their game both face-to- face and online!

Now it’s your turn to be the President. Can you use the machinery of state to achieve better results than “the Donald”, or will you be distracted in your pursuit of US prestige and international security by numerous global and domestic adversaries?

Labyrinth: The Forever War, 2015 - ? is a 1-2 player card-driven boardgame simulating at the strategic level the ongoing bid by Islamist extremists to impose their brand of religious rule on the Muslim world. It continues where Labyrinth: The Awakening, 2010 - ? left off and adds new event cards and rules to cover the last five years of history. Since publication of Labyrinth and its first expansion, fans of the game have expressed a desire to update it based on more recent events, and a variety of event card ideas and variants have been freely shared online. This second expansion to the Labyrinth game series fulfills that continuing interest by providing up-to-date event cards and allows the game to continue to serve as an effective strategic level model of the ongoing struggles in the Muslim world.

Labyrinth: The Forever War, 2015 - ? uses the exact same rules, victory conditions, map, components, and charts as its predecessor game and expansion. Ownership of Labyrinth and Labyrinth: The Awakening, 2010 - ? is required for play. Much has happened in the Muslim World since the end of the Labyrinth: Awakening event deck (roughly 2015), with a number of sub-themes across the globe that give rise to a new narrative that has been playing out over the last five years; these include:

Except for the first item on this list, none of these have been fully resolved, though some have made movements in one direction or the other. Labyrinth: Forever War is designed to explore each of the above issues as part of the larger conflict between the West and Jihadist elements, which continue to this day, even if at a lower intensity than seen in the previous 15 years.

During the time from covered by the Labyrinth: The Forever War expansion (2015-to present), much has transpired: the physical Islamic State has collapsed, and no new nations have fallen into Civil War. Governance has improved in other areas too, with both Syria and Nigeria in the process of stabilizing, though the conflicts in Yemen and Libya still are unresolved and the former is growing to replace Syria as the country with the current greatest threat to the human condition within its borders. Forever War will explore all of the above in a competitive political-military simulation, and as a current events game, perhaps help each of us understand the ongoing and evolving global rivalries in a better light.

Labyrinth The: Forever War comes with four scenarios, two of which can be linked to the previous games to allow up to 360 event card combinations for near endless variety and discussion. No new major rules are introduced in this expansion, allowing players familiar with Labyrinth and Awakening to get right into the game with minimal reading. The Rule and Play Book includes game expansion design analysis and a detailed description of all 120 events cards and the thoughts behind the effects represented in the game. The solitaire system will allow play for both sides and will include enhancements to the Bots for all three games in the series. For fans of the Labyrinth series and of current events in general, this bargain purchase will add increased value and enjoyment to your collection and provide many hours of gaming enjoyment and political discussion.

Note: This expansion uses the same map, base rules, victory conditions, components and charts, from its predecessor games, thus ownership of Labyrinth: The War on Terror, 2001 - ? and Labyrinth: The Awakening, 2010 - ? is required for play.