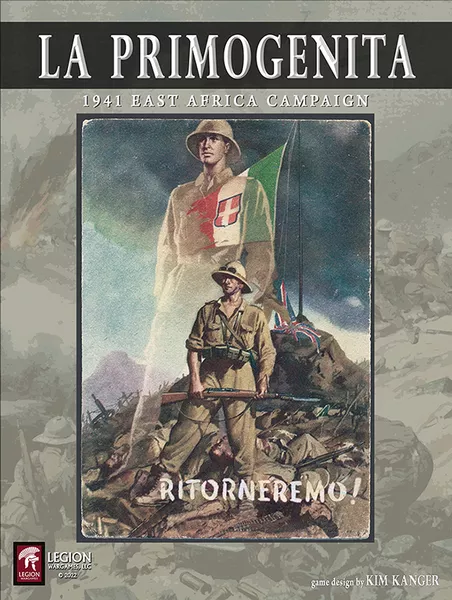 LA PRIMOGENITA is a game about the East African Campaign in 1941. It covers the Allied invasion into Italian Eritrea in the north where the most intense fighting took place, especially around the town of Cheren. The Allies invaded Eritrea with two Indian Divisions and some Free French units. The defending Italians consisted mostly of colonial Brigades, recruited among Ethiopians and Eritreans. They also had two metropolitan Divisions in reserve among which several elite battalions from the ”Grenadiers of Savoy” Division were sent north to Eritrea. These battalions (Alpini and Bersaglieri), together with loyal Eritrean colonial troops held both Allied Divisions at bay for eight weeks at Cheren before the survivors were finally forced to retreat towards the Eritrean capital Asmara. The battle of Cheren is seen as an hour of glory in the Italian army.

The game introduces a dynamic order chit system where players give orders to attack, move, entrench, bring forward extra ammo etc. All order chits have a priority number that decides which order is executed first. After executing four orders each, another set of orders are chosen and played. You will have to choose wisely depending on what forces you have at hand, in what order you wish things to happen, and depending on what you suspect your opponent will choose.