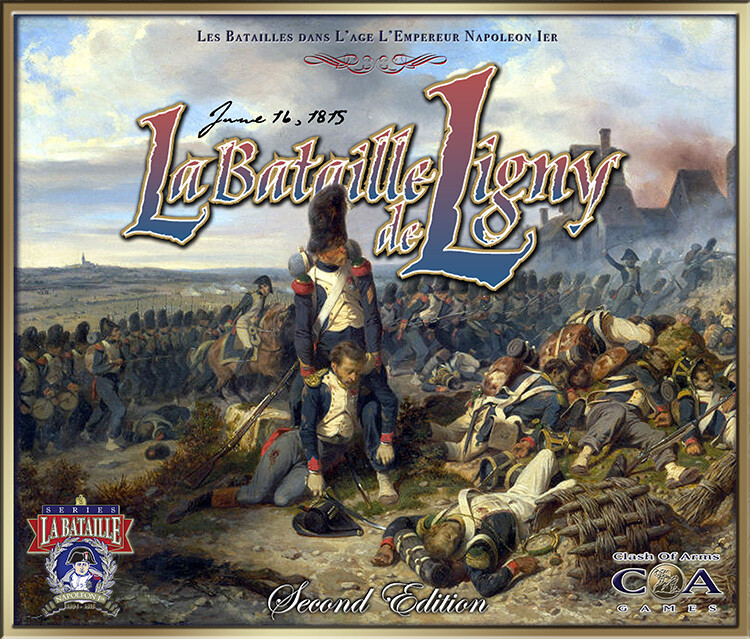 The First Battle of the 100 Days Campaign

La Bataille de Ligny details the terrible battle that ensued on June 16, 1815 on the banks of Ligny Creek. Up to 3 players control the Prussian forces commanded by Feldmarschell, Prinz Lebrecht von Blucher, while 3 to 4 other players command such French personages as Marshal Grouchy, Generals Vandamme and Gerard, or Napoleon himself. Every battalion of infantry, squadron of cavalry or battery of artillery that was present at the battle is included… and at their command.