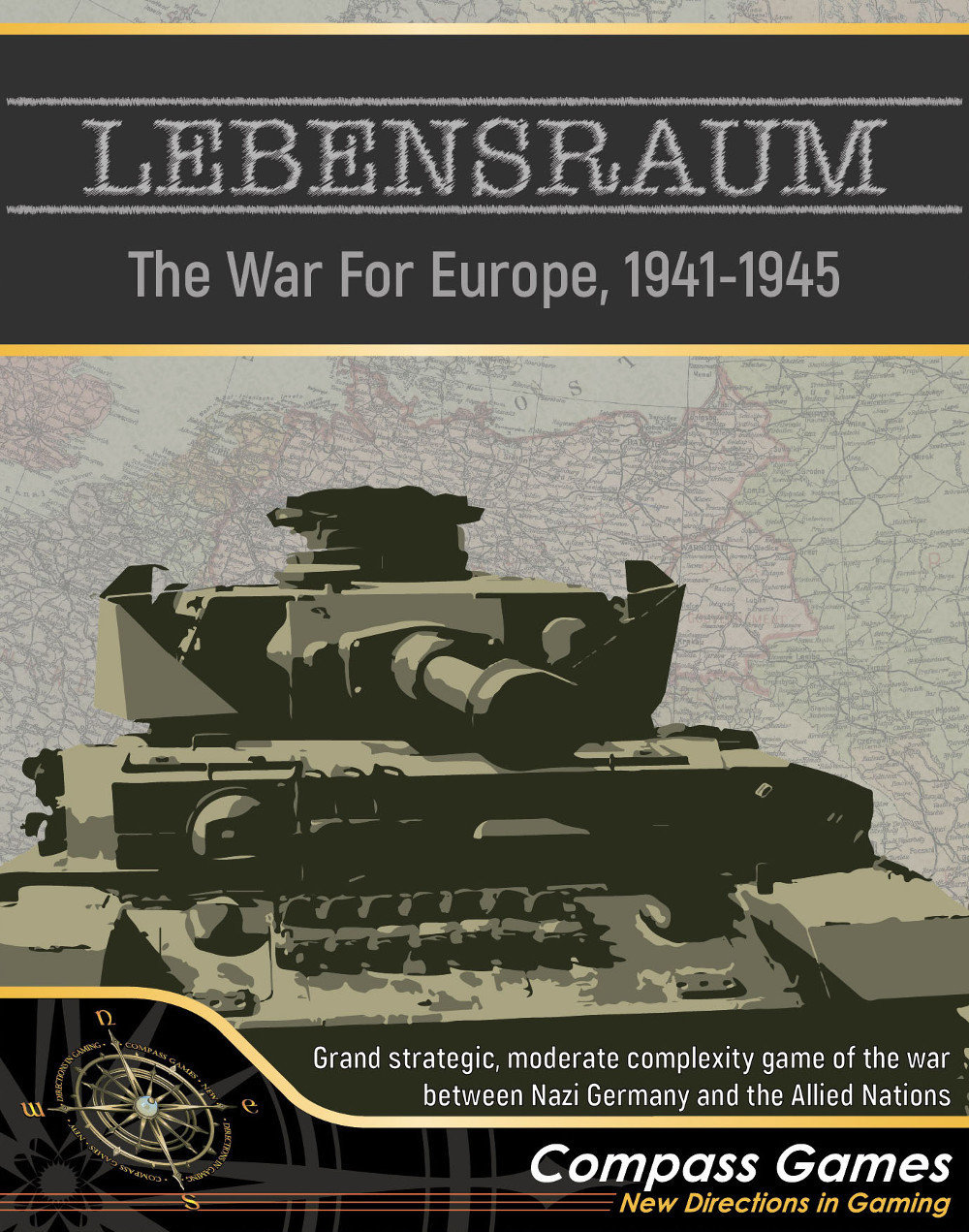 LEBENSRAUM! is a grand strategic, moderate complexity game of the war between Nazi Germany and the Allied Nations, starting with the German invasion of the USSR in late June of 1941, through to the final battles to Berlin in 1945. The game includes both East and West Fronts, and can be played in a number of small (3 to 13) turn historical scenarios starting with Barbarossa in the East and Italy in the West, or in campaigns for each front individually, or a combined East and West front campaign.

The game focuses on the Army group level, with players controlling subordinate armies as their main combat formations. Leadership is a major component of the game, with each player having a pool of named and rated leaders available. Airpower, naval support, partisans, production centers, and transportation networks are all featured. Turns are quarterly, with a map scale of 50 miles (80km) per hex.

This game is a new edition of the Simulations Canada games of Lebensraum and West Front. The two games have been updated to include all known errata, some small additions, and have been combined into one game, but can be played as separate scenarios. With fresh new artwork this large, strategic level game now has new life breathed into it.