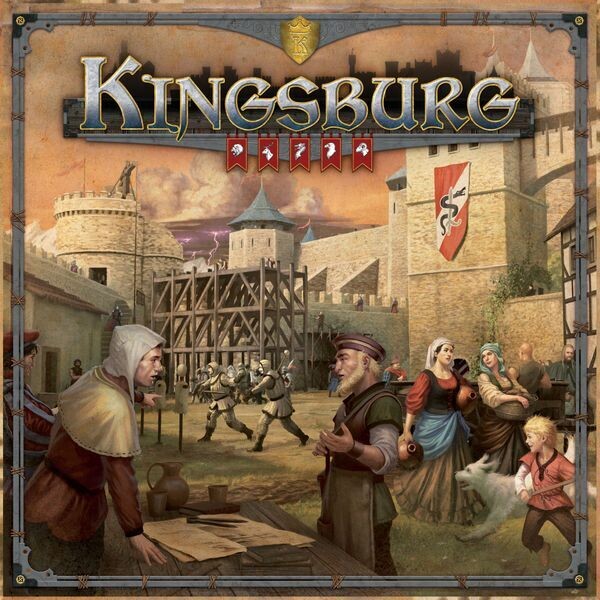 King Tritus has appointed you, his most trusted governors, to maintain and defend the border provinces from enemy attacks. To prosper, you must outmaneuver your rival governors and persuade the king’s advisors to assist you. Only governor will ascend to the Royal Council, so gather your resources, construct your buildings, and prepare thyself – the future of Kingsburg is in your hands!

In Kingsburg, players influence the king’s advisors to gain resources, develop their province, and defend it from the ruthless invaders. After 5 years of governance, the player with the most prosperous province wins!

This definitive edition of Kingsburg includes the base game, all five modules from the To Forge a Realm expansion, and a brand new module: Alternate Advisor Rewards.