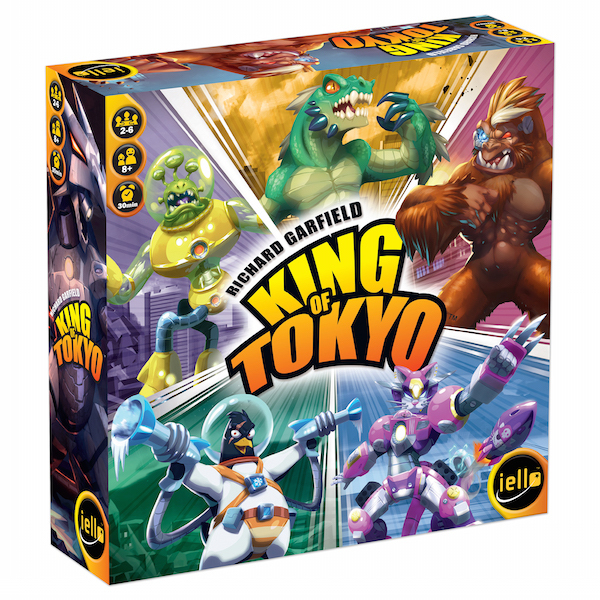 SKU IEL-51314
$35.99
Out of stock
1
Product Details
On the 5th anniversary of the release of the best-seller by Richard Garfield, King of Tokyo gets a facelift with a new version, entirely redone by a group of artists* lead by Régis Torres, who previously illustrated the Halloween expansion pack and King of New York.
In addition to these exclusive illustrations, this new version will have a new rulebook that was reworked to be clearer, as well as two new monsters: the ever-so-popular Space Penguin (the original version, highly sought-after by players, was only available through tournaments) and Cyber Kitty.

Play mutant monsters, gigantic robots and other monstrous creatures, rampaging the city and vying for position as the one and only King of Tokyo!

Combine your dice to gather energy, heal your monster or just slap the other monsters down! Spend your energy to trigger permanent or one-shot special powers: a second head, body armor, nova death ray...

Stop at nothing to become the King of Tokyo... but that's when the real trouble begins for you!