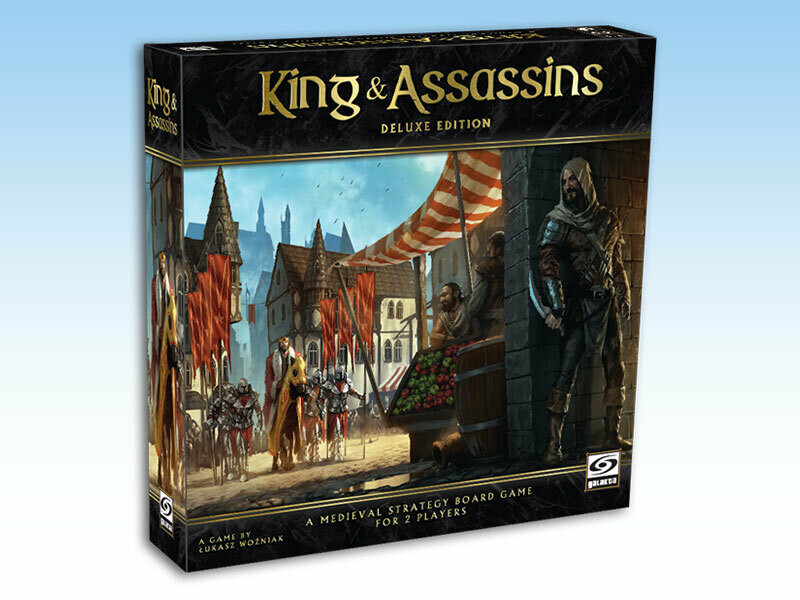 An asymmetrical fantasy game of strategy and deception…

The hated monarch has returned surrounded by his brutal yet faithful guards. While the voices of protest rise around the city and people whisper of overthrowing the king, he ignores his advisors’ pleas and recklessly decides to proudly walk through the main square heedless of his subjects’ moods. As the angry mob is gathering on every corner, hidden assassins are prowling the streets waiting for an opportunity to finish the monarch once and for all. Will he escape his destiny?

Choose your strategy, hide the assassins among twelve beautifully illustrated citizens and play two different scenarios, each with a multitude of choices, in this simple yet rewarding game. And remember, every familiar face may conceal a sharp blade!

The Deluxe edition features 23 highly detailed plastic miniatures and bigger board. The asymmetrical rules are strongly tied to the game theme, and can be taught in 5 minutes.