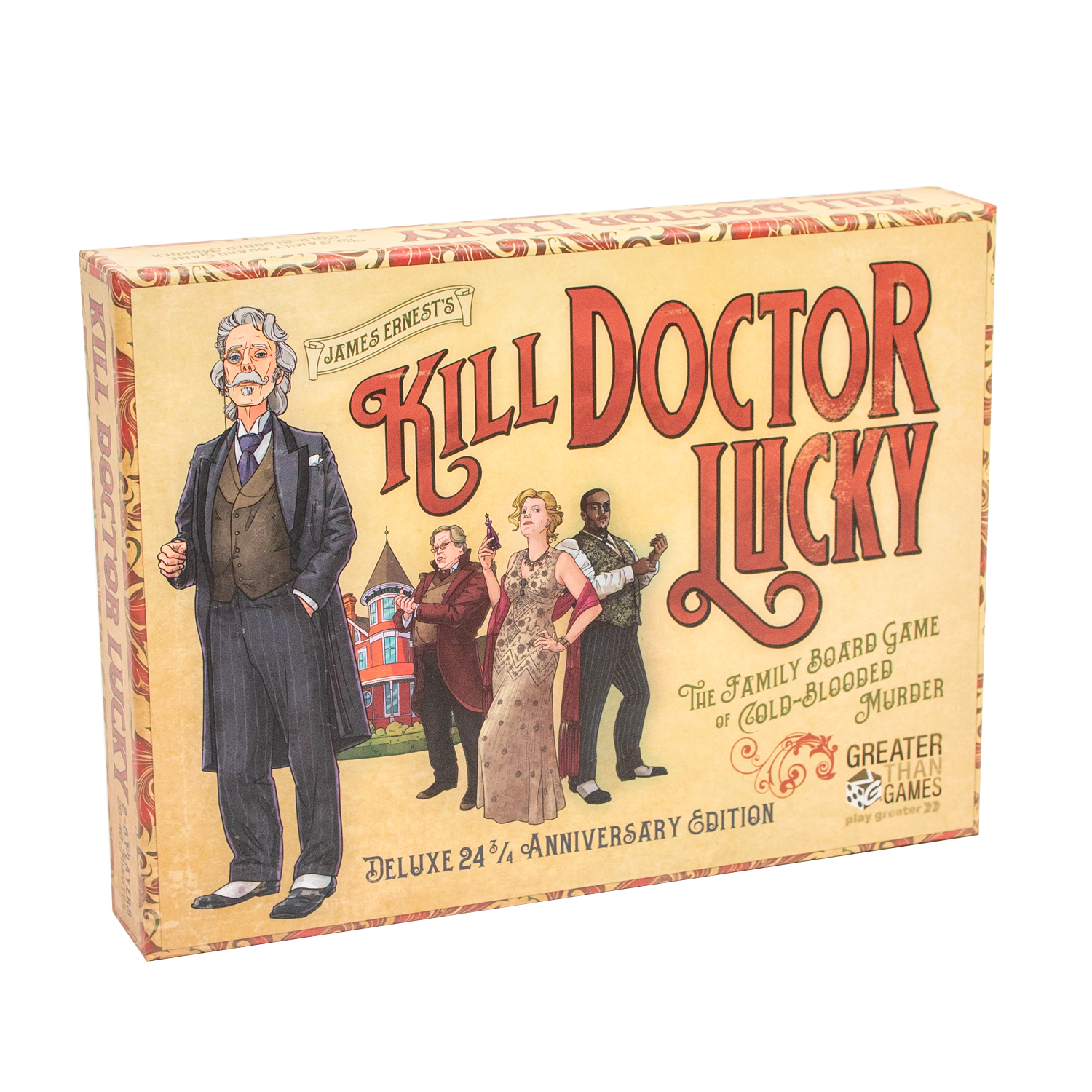 SKU GTG-KDRL-CORE
$35.99
The Family Board Game of Cold-Blooded Murder
In stock
1
Product Details

The object? To kill Doctor Lucky. The obstacles? For one thing, all your friends would rather do it first. For another, Doctor Lucky is aptly named.

You would think that after being stabbed, poisoned, and poked in the eye, the old man would be long gone. But it’s been nearly 25 years since folks first started trying to kill him, and he keeps coming back stronger than ever.

What’s new in this edition?

We have made several changes to the core rules of Kill Doctor Lucky, adding a few things you’ll love, and taking away some things you’ll never miss.

One of the biggest changes is that to draw a card, you must now be in a place where no one (including Doctor Lucky) can see you. This replaces the rule requiring that you did nothing else on this turn. The upshot: sightlines become more important throughout the game, and also you can’t draw a handful of cards while riding the Lucky Train.

We have also enhanced the components and cards, and added new cat and dog wooden tokens!

For all those changes, we think you’ll find the new edition is the same exact game, only better.