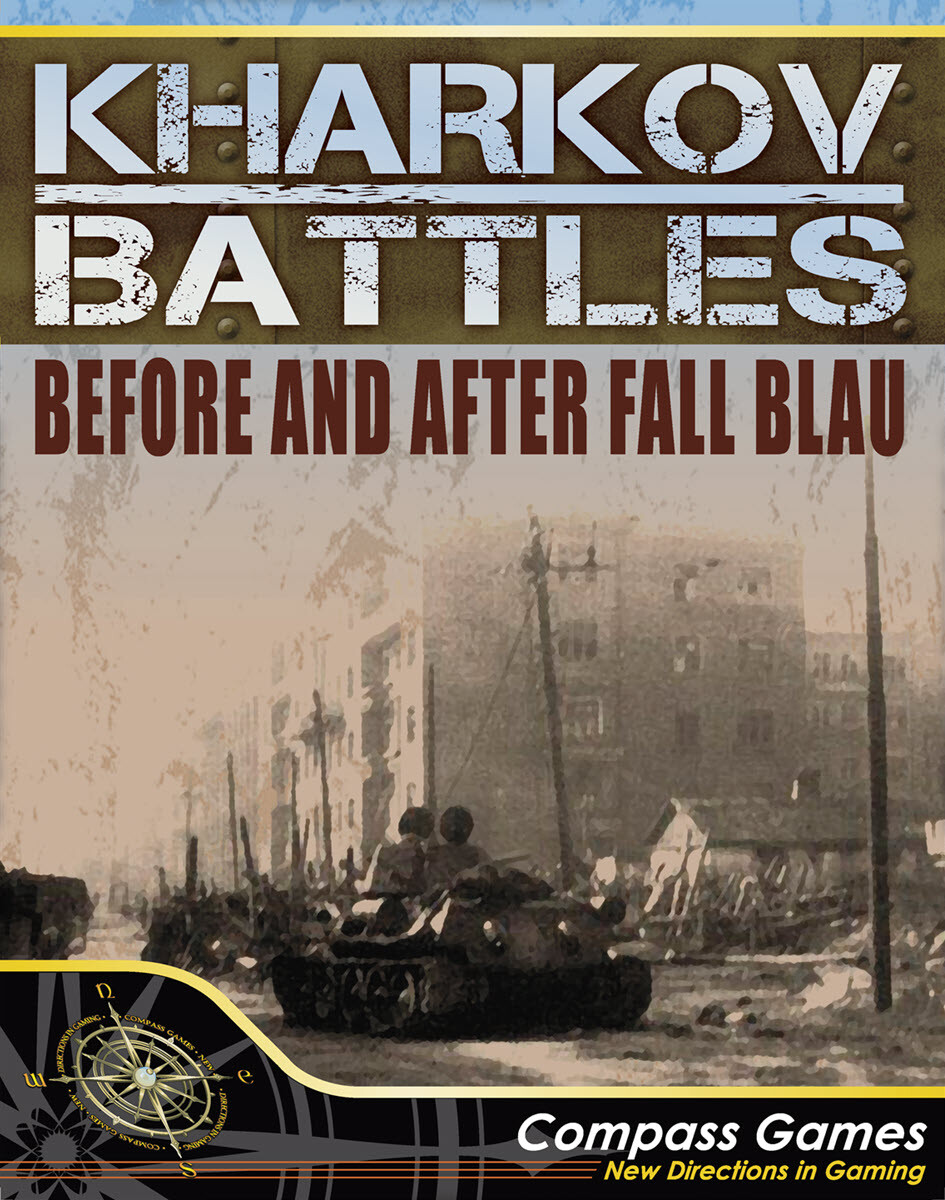 Kharkov Battles: Before and After Fall Blau

Basics of the system are:

Stacking is 3 units per hex and combat out of a hex is restricted. Large units (mainly German divisions and Soviet corps) have Combat Ratings which pull a strength chit for combat. Typically only one unit with a strength chit may combat out of a hex along with all smaller units. Movement and Combat phases with Mobile Assaults for mechanized units during certain situations of movement. CRT for combats keys off the defender’s terrain and uses column shifts for extras like air support, combined arms, fortifications, etc. Combat results have some mandatory step losses, but the rest a player’s choice on taking step loss or retreating. Advances after combat are along the Path of Retreat for non-mech units, but mech or cav units may deviate. Support Points are used to allow German supply to reach units for mechanized movement and attacks during turn. Support (for Axis attacks) is traced simply a number of hexes to a HQ and then a number of hexes to a road which leads to the source. Supply is just a general trace to a source.

Given the nature of the covered battles, this game has a shorter playtime and smaller space requirements making it an easier intro into the system used by Fall Blau. Included is a revised Terrain Effects Chart which should ease reference fatigue for either game. An additional map is included which is made to mate with the Fall Blau maps, allowing players to combine the two games into one “Grand Campaign” to be played into March 1943. Also included are extra counters and reinforcement charts to allow for this possibility. There are four scenarios within the game: three independent and one which requires Fall Blau to play.

January Campaign (J)(14 Turns/Avg Time 10 hrs)- Maps A & B – Soviet “Little Saturn” Operation has reached its high water mark and Popov’s 5th Tank Army is about to launch attacks of its own. Wintergewitter has failed and Fourth PanzerArmee is conducting a fighting withdrawal – 26 December 1942 to 5 February 1943.

Unit: Mostly Divisions, with Corps, Brigades and Battalions, as needed