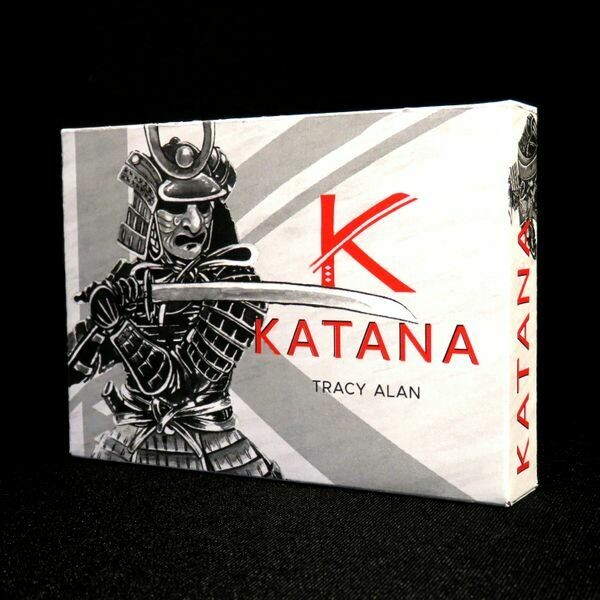 Katana is a two-player only game with battles that last 15–35 minutes. The game is suitable for ages 8 and up. Gameplay is handled through cards. You are samurai on a quest to become supreme military commander of Japan. To do this, you must defeat the other player by eliminating their 4 armor and 4 health tokens.

Use cards to inflict damage and defend. When taking a turn, you may attack by playing an offensive card. To defend, play a card with a defensive value and subtract it from the attack value to determine if the hit landed.

Divine beings and forces of nature called kami provide crucial support in battle. Every kami possesses two abilities: an active one that requires playing a purify card and a passive ability that is "always on." Not only do kami provide game-changing special powers, they can be called upon to sacrifice themselves in kamikaze attacks that inflict massive damage (crab bosses beware). Each time you activate a kami power, though, you must draw a shrine card. A mixture of good and bad events, shrine cards are yet another element of risk to think about when considering use of kami powers.