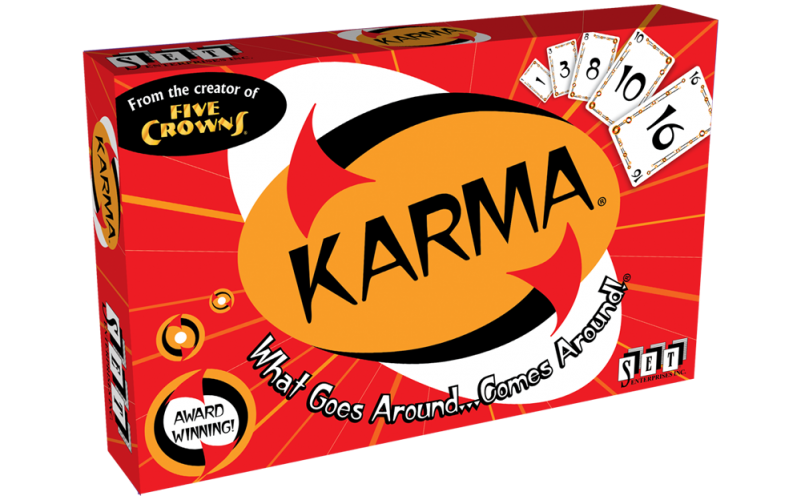 Karma is playfully competitive and infectiously fun! Race to get rid of all your cards by playing a card of equal or higher value. Use your Karma Cards to avoid picking up the discard pile. In this game there are multiple winners. You never really know who’s going to lose until the very last card—the dramatic ending calls for an instant rematch! There are 4 types of Karma Cards in the game.You can play them like wild cards, but be sure to use them wisely because in this game...What Goes Around...Comes Around! Friends and families agree that Karma is a blast! You can never play just one game. Having a party? Combine two games and play with up to 12 people.

“PLAY A TABLE CARD” KARMA CARD: This card allows you to play a Table Card(s) early.

“FIVE OR BELOW” KARMA CARD: This card requires the next player to play a number 5 or lower or a KARMA CARD.