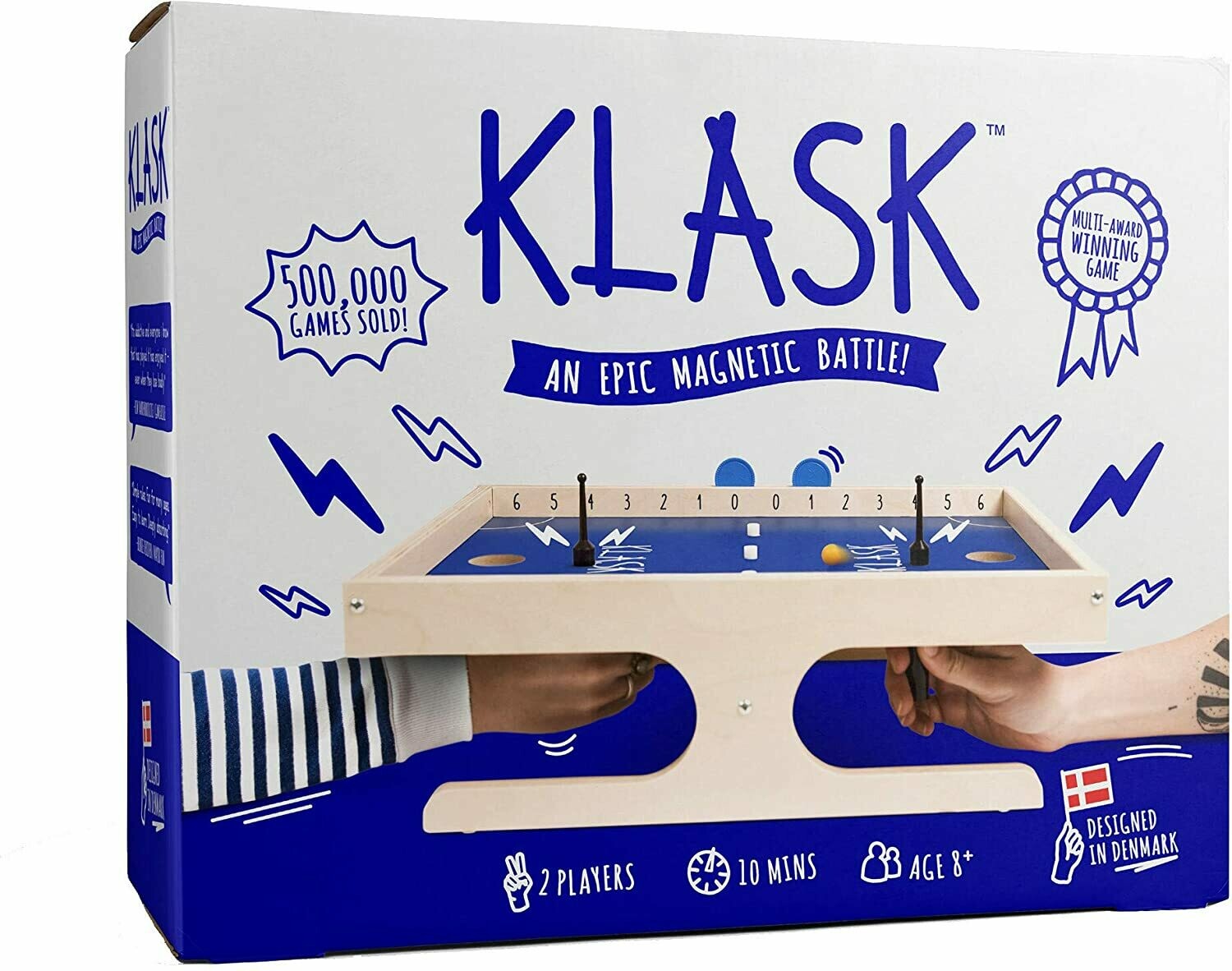 The award-winning magnetic gameplay of KLASK is unique, exciting and like no other game out there! This awesome action-packed battle will have everyone in the room playing again and again. Move quick but be tactical too, KLASK demands fast hands and even faster thinking!

FAST AND FRANTIC: Get your hand under the table! Try to score but watch out for the hole! Use your magnetic handle and striker to defend your half, avoid the biscuits (magnets) and send the ball flying into your opponent’s goal to score. Be careful not to land your striker in your own goal!

PLAY IT ANYWHERE: Like a foosball table on-the-go, Klask comes fully assembled and can be played on any flat surface, making it the perfect tabletop game for the pub

The Story of KLASK: From a small workshop in Denmark to a global phenomenon!

Late December 2013, after long days and nights spent in his workshop, Danish carpenter Mikkel Bertelsen had something truly unique in his hands- a wooden tabletop game with magnets which one steers under the board. Just in time for the holidays, he made a few copies of the game as Christmas presents for some of his friends. Soon after, the word spread through the country and orders from individuals, cafes, bars, and offices started to pour in. The following year, Mikkel built more than 3,000 copies of the game by hand in his garage. KLASK has been a smashing success ever since!

KLASK has a worldwide following with tournaments being held at 16 countries leading to the annual World Championships. Along with official tournaments; bars, breweries, game stores and clubs across the world are running their own KLASK events. Some actually know it as the Danish National Sport! From a small workshop in Denmark to worldwide distribution, KLASK has become a global phenomenon! 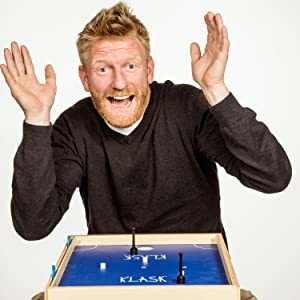