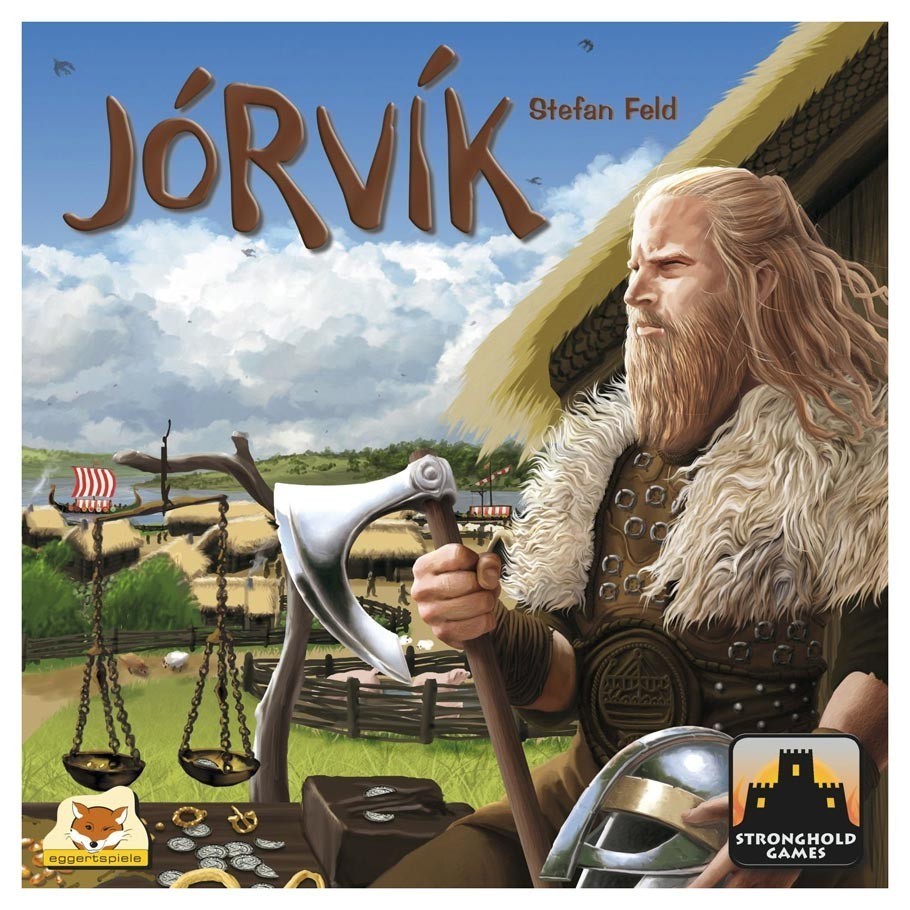 For several decades during the Viking age, parts of England were occupied by the Norsemen. Under their influence, one of the larger cities turned into a flourishing center of trade and craftsmanship. The Vikings called the city and its surrounding kingdom "Jórvík", which is today known as the City of York, England.

In Jórvík, players assume the roles of Viking jarls. They gather prestige points by trading goods, holding big feasts, funding pillages, commissioning craftsmen and hiring soldiers to defend the city against recurring invasions. Players will acquire cards from a card display through a simple yet brilliant worker placement and bidding mechanism to build up their trading empires. The player with the most prestige points wins.

Jórvík is a re-design of the Stefan Feld game, Die Speicherstadt (2010). In this reimagined edition, Jórvík is two separate games in a one box:

Jórvík is designed by the renowned game designer, Stefan Feld, and has been designated in the Stronghold Games The Great Designer Series - #5.