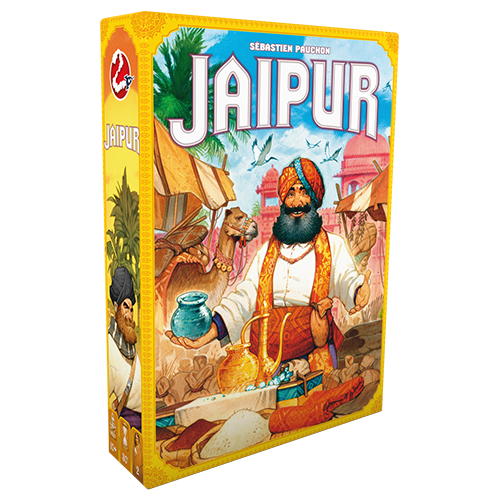 In Jaipur, you are hoping to become the Maharaja’s personal trader by amassing more riches than your opponent at the end of each week. To do so, collect and exchange goods at the market, then sell them for rupees. If you manage to arrange a larger sale, you’ll receive a reward. The camels have no sale value, but they’re very useful for trading, especially when you want a lot of goods from the market.

At the end of each round, the richest trader receives a Seal of Excellence. The first player to collect 2 Seals of Excellence wins the game.