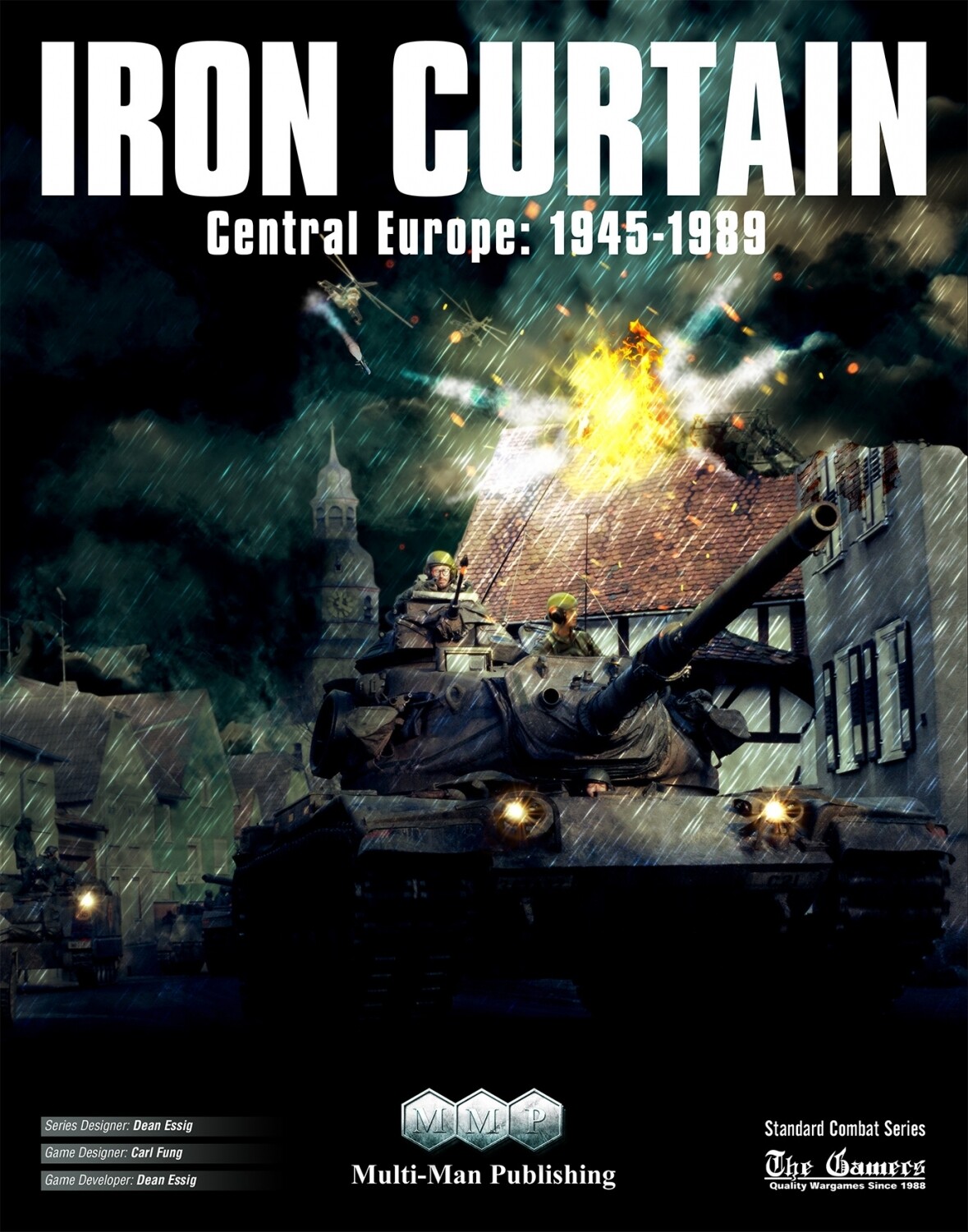 Iron Curtain: NATO’s Central Front, 1945-1989 is a Standard Combat Series (SCS) game covering the potential "hot" war erupting between the East and the West at the flashpoint along the intra-German border established at the close of World War II. Scenarios examine the forces available over the entire 44-year period with snapshots in 1945, 1962, 1975, 1983, and 1989. The resulting force ratios not only change with weapon and OOB evolution but as a product of the tumultuous effects of the culture.

In addition to the typical Warsaw Pact-invades-NATO situations, the game provides for three NATO offensive scenarios. The 1945 Churchill plan to continue WW2 before the Soviets could consolidate their gains (Operation UNTHINKABLE), the mishaps of 1983 that could have launched an offensive in error, and allowing the West to capitalize on the dissolution of the Warsaw Pact nations in 1989.

Every game is different because while the units set up in their peace-time housing areas, each side gets an unpredictable amount of time to "run up" before the war actually begins while tension rises. The result will allow each side to move to deployment areas (or not) as the fates decree with all combinations of total surprise to total preparedness possible between them.

Iron Curtain is a fast-paced game of what is assumed to be a month of intensive combat where both sides race to fulfill their objectives before a cease-fire ends hostilities.

It is your turn to decide the fate of Europe.

Scenarios (all are a maximum of 10 turns):