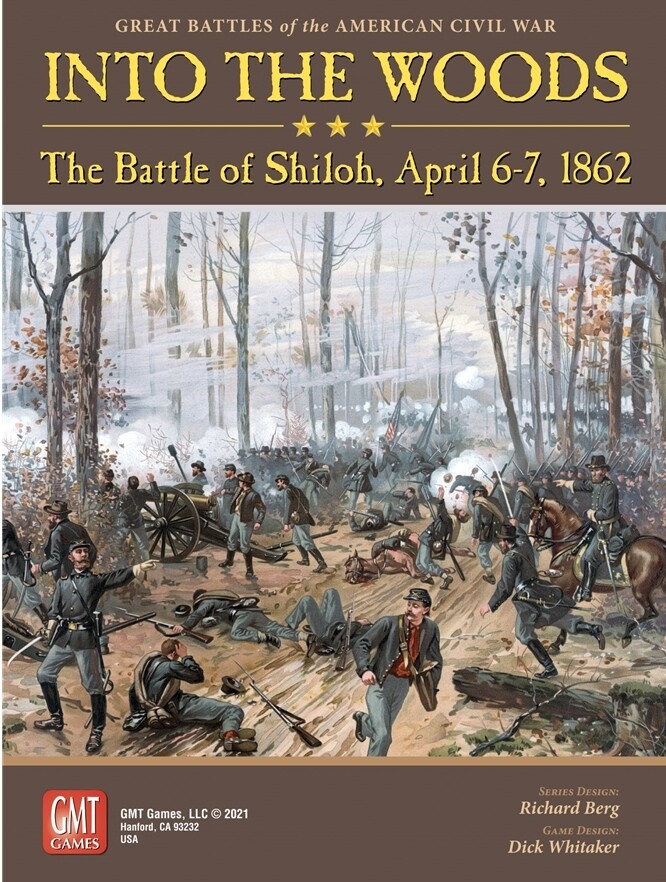 Into the Woods: the Battle of Shiloh is the eighth installment of the Great Battles of the American Civil War (GBACW) series, published by GMT Games.

The Great Battles of the American Civil War Series:

This series is one of the hobby’s longest-lived design concepts, springing from the legendary regimental level Gettysburg game – Terrible Swift Sword (SPI) – designed by Richard Berg in 1976. Under GMT, the rules system has remained stable, but has shown remarkable flexibility to allow each game to smoothly incorporate additional rules to reflect the historical battles. The series relies on interactive chit-pull mechanics to simulate the often chaotic nature of the 19th Century battlefield at the regimental level.

Into the Woods: the Battle of Shiloh includes ten scenarios. They range from division level contests on half sized maps to two-map battles depicting both the first and second day of the struggle. Experienced players will be able to play many of the scenarios in one sitting. The game reflects the Confederate surprise, the "greenness" of many units on both sides, as well as the unique role Albert Sidney Johnston played in the Confederate attack.