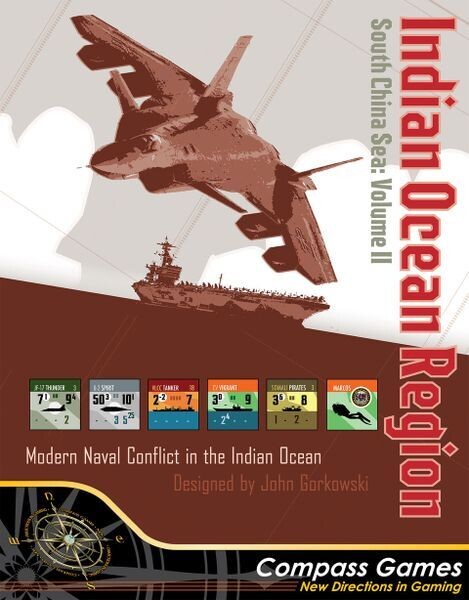 “The profound influence of sea commerce upon the wealth and strength of countries was clearly seen long before the true principles which governed its growth and prosperity were detected. To secure to one’s own people a disproportionate share of such benefits, every effort was made to exclude others, either by the peaceful legislative methods of monopoly or prohibitory regulations, or, when these failed, by direct violence. The clash of interests, the angry feelings roused by conflicting attempts thus to appropriate the larger share, if not the whole, of the advantages of commerce, and of distant unsettled commercial regions, led to wars.”

Although advertised as purely commercial ventures, China’s “String of Pearls” (a series of key ports) across the Indian Ocean Region (IOR) gives her the option to assert sea control of that theater, and for good reason.About 80% of the PRC’s oil transits the IOR before bottlenecking at the Strait of Malacca and then going on to terminate at ports in the PRC.Even a Gwadar-Kashgar oil pipeline, designed to bypass the full-length IOR route, would still require some initial sea transport, followed by a vulnerable off load, and couldn’t carry the full load anyway.

Therefore, in a modern interpretation of Mahan’s observations, China has used “legislative methods…monopoly…(and) prohibitory regulations” all via diplomacy to secure its oil-toting sea lanes throughout the IOR.Patient cultivation of relations with Pakistan over decades has delivered access to the updated, modern port at Gwadar, Pakistan.Buoyed by Chinese land leases and development projects, Maldivian President Yameen has drifted closer to China while his opposition looks to India.In Sri Lanka, China may have used “debt trap diplomacy” by forgiving debt to obtain certain rights to the port at Hambantota for 99-years.How ironic, after regaining Hong Kong, China is now using tactics reminiscent of Imperial British mercantilists to gain Ceylon!The confidential nature of certain aspects of these deals along with the close association of many Chinese firms to their military and government opens up the possibility of “dual use” facilities that might quickly transition from commercial to military applications.

Thus, as China secures its sea lanes other powers perceive corresponding threats to their own.India can’t help but feel surrounded.The United States has strategic incentive to preserve India as a counterbalance to Chinese expansion.And, any nation drawing oil from the Persian Gulf or Africa must wonder about the possible negative consequences of unrestrained Chinese power.The increasing presence of Chinese naval vessels in the region only strengthens these concerns.So, the IOR is not only a point of potential geopolitical friction, but also a critical theater in any larger global power conflict that erupts over friction elsewhere.

The game Indian Ocean Region enables participants to play out possible future conflicts, circa 2025, from their political beginnings to military endings with the same game mechanics as used in the South China Sea game.Players assume the roles of nations or groups of nations and deal cards in multiple rounds of play each representing three to seven weeks to advance their separate agendas.Each card play might trigger armed conflict.If violence comes to pass, the time scale compresses to three to seven hours per turn and players deploy their military units to resolve matters by force.Those forces include: individual capital ships, pairs or triples of smaller vessels, squadrons of aircraft, and battalions of ground troops all waging war at the far end of logistical shoestrings.