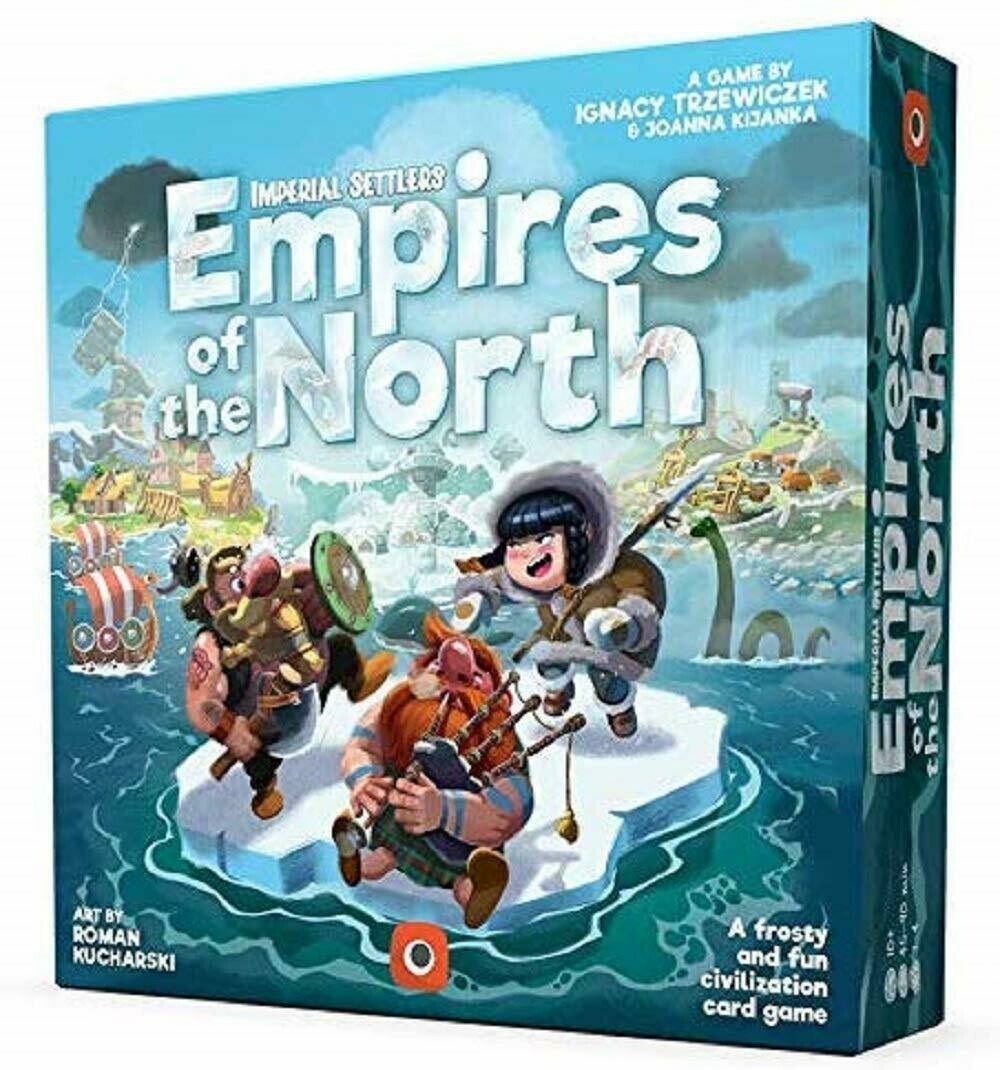 Imperial Settlers: Empires of the North

Settlers from three Nordic empires have decided to start their voyages and set sail for new lands in hopes of finding more resources, and increasing their opportunities to expand. Building new structures, taking advantage of upcoming events and outsmarting opponents is their path to greatness. You don’t know who your opponent might be; it might even be a different clan from your nation. Even so, you will do what is necessary. Your current lands are meager, and the resources scarce, so you’ll need to work hard to acquire the food and resources necessary to thrive!

Empires of the North is a card game in which players lead one of six clans from three different factions. The game plays out over a series of rounds, during which players explore new lands, construct buildings, trade resources, and sail to new lands with the aim of either conquering, or pillaging to gain more goods! Each action draws the clans closer to becoming the greatest empire! The game ends in the same round that any player reaches the 25 victory points mark.

Empires of the North is aimed both at the new players and also all fans who love Imperial Settlers and are looking for a great engine building experience. The box contains 6 unique, ready to play decks featuring Vikings, Scots and Inuit clans. Each deck offers a great variety of strategies and excellent replayability value.