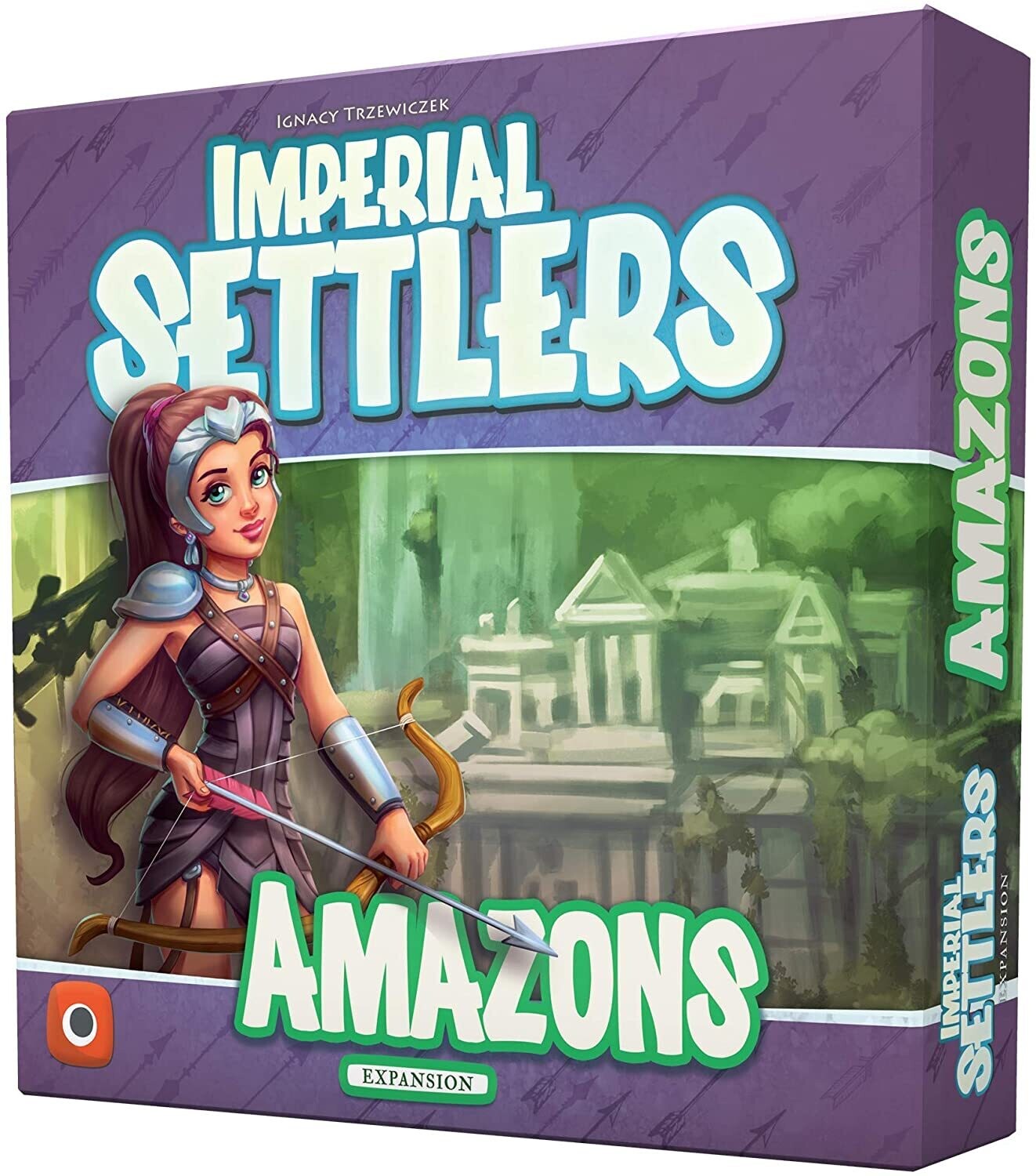 Warrior-tribe of Amazons, third big faction expansion, enters the world of Imperial Settlers! Discover the new deckbuilding mechanism, which lets you choose which of your faction cards you keep and focus on powerful combos!

Amazons extensively use cards with the "building bonus". Most of their faction cards are useful, and produces valuable resources only when built, while usually having only the foundation as their cost. That minor change is in fact huge for how we treat our faction buildings. Amazons are a unique faction that will not discard their faction foundation when used to build another card, and will put back in their faction deck instead.

What's more, you will also gain the ability to discard cards from the hand, which will help you control your next moves. Now you can focus on the few cards, that will grant you the most victory points!

What cards will you choose to build your own Amazons Empire, in the newest Imperial Settlers expansion?