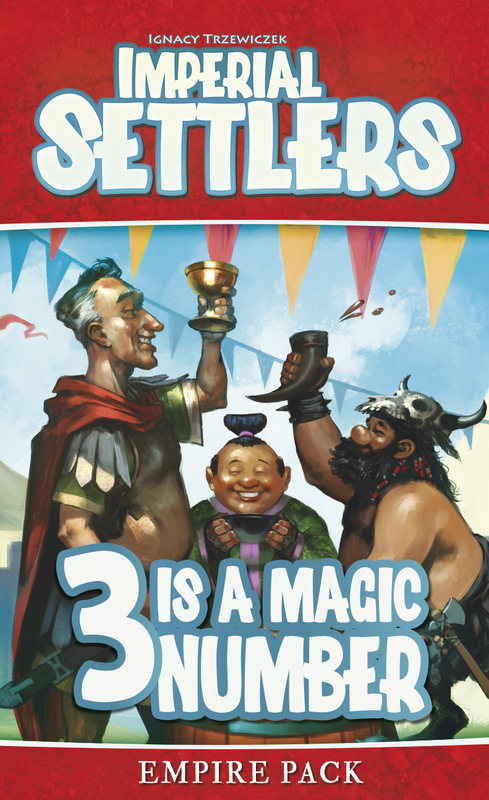 Imperial Settlers: 3 Is a Magic Number, the second Empire Pack for Imperial Settlers, introduces a new rule: SET. This new ability allows players to score and trigger new effects each time they build three cards in a particular color. With this rule, the drafting phase and the choice of the "right" card to draft becomes even more interesting.