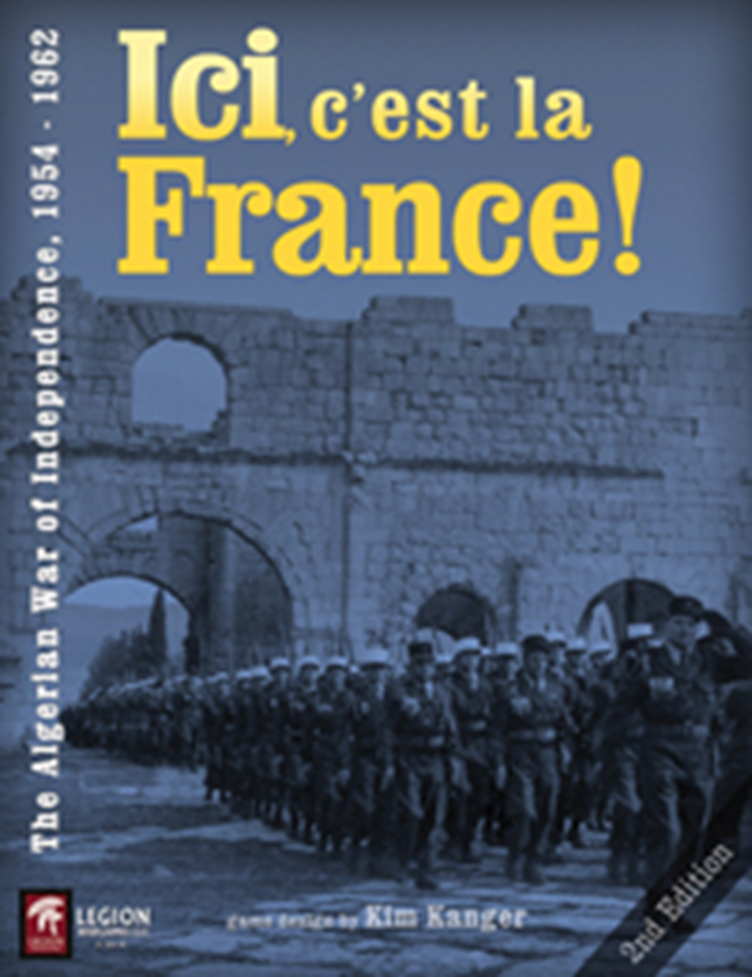 This game covers the French insurgency war against the FLN in Algeria during 1954-62. It is a conflict of great drama.It cost the lives of at least half a million Algerians, it brought the tumultuous exodus of one million French settlers from Algeria and it brought France itself to the brink of civil war. There are three distinct factions of this simulation, Political, Insurgency, and Military, which are brilliantly interwoven such that it is the balance of these three factions that is the key to victory. One player is the FLN who will have units of three qualities, Moussebilines, Moudjahidines, and Zonal Commandos. The other player is France who will have both regular and elite regiments of Infantry, Mechanized, Paratroop, and Foreign Legion troops