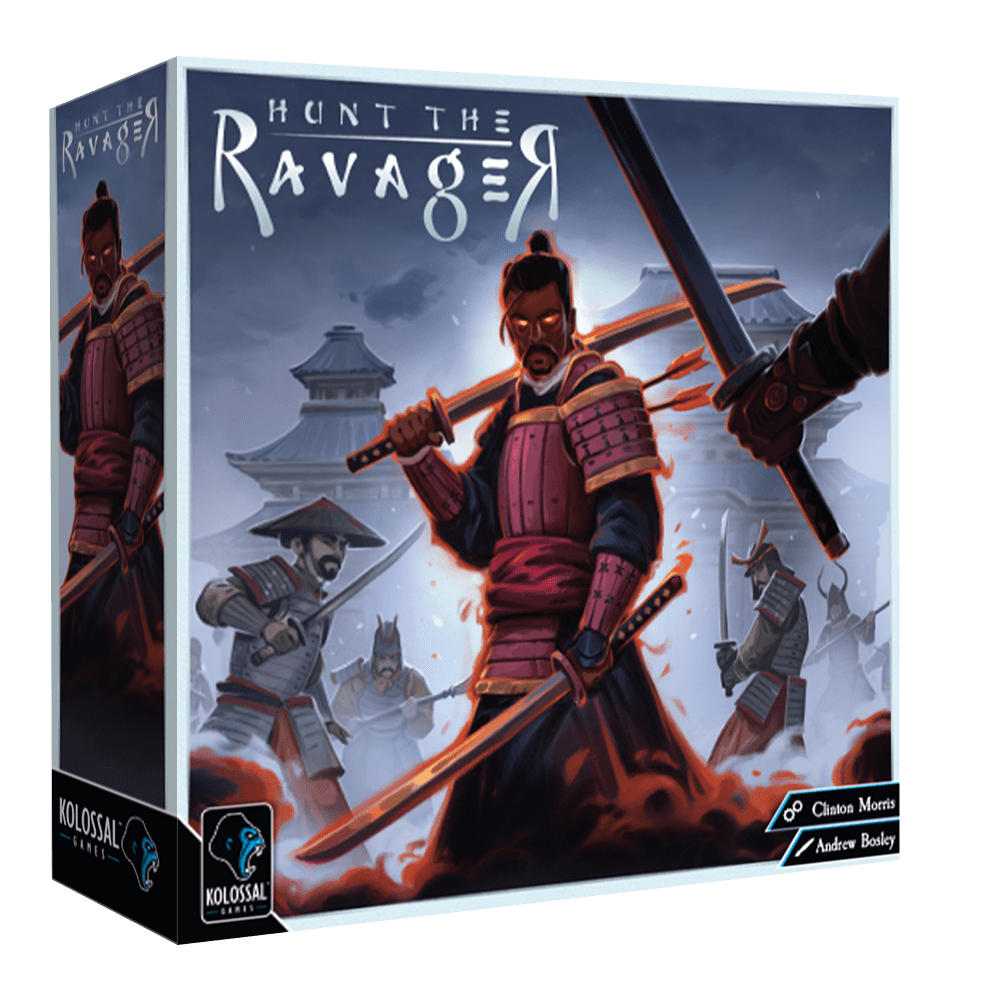 A vengeful samurai has risen from beyond the grave, seeking the ruin of the Empress that betrayed him. In search of three imperial treasures, the spirit ravages all in his wake. Now the Empress must call upon her three most trusted hunters to locate the Ravager before he exacts his vendetta.

Hunt the Ravager is an asymmetric, card-driven game of hidden movement where 2-4 players will each take turns as the Ravager or the hunters seeking him. The Ravager will score points for destroying the land and successfully returning treasures to his hidden lair. The hunters will need to quickly locate the Ravager to protect the treasures and minimize the ruin to the Empress’ lands.

Each game of Hunt the Ravager is comprised of two phases called Vendettas. After each Vendetta, you will switch sides, playing as both the Ravager and the Empress in every game. You will compare your scores for each Vendetta with those of your opponents’ to determine who wins the game!