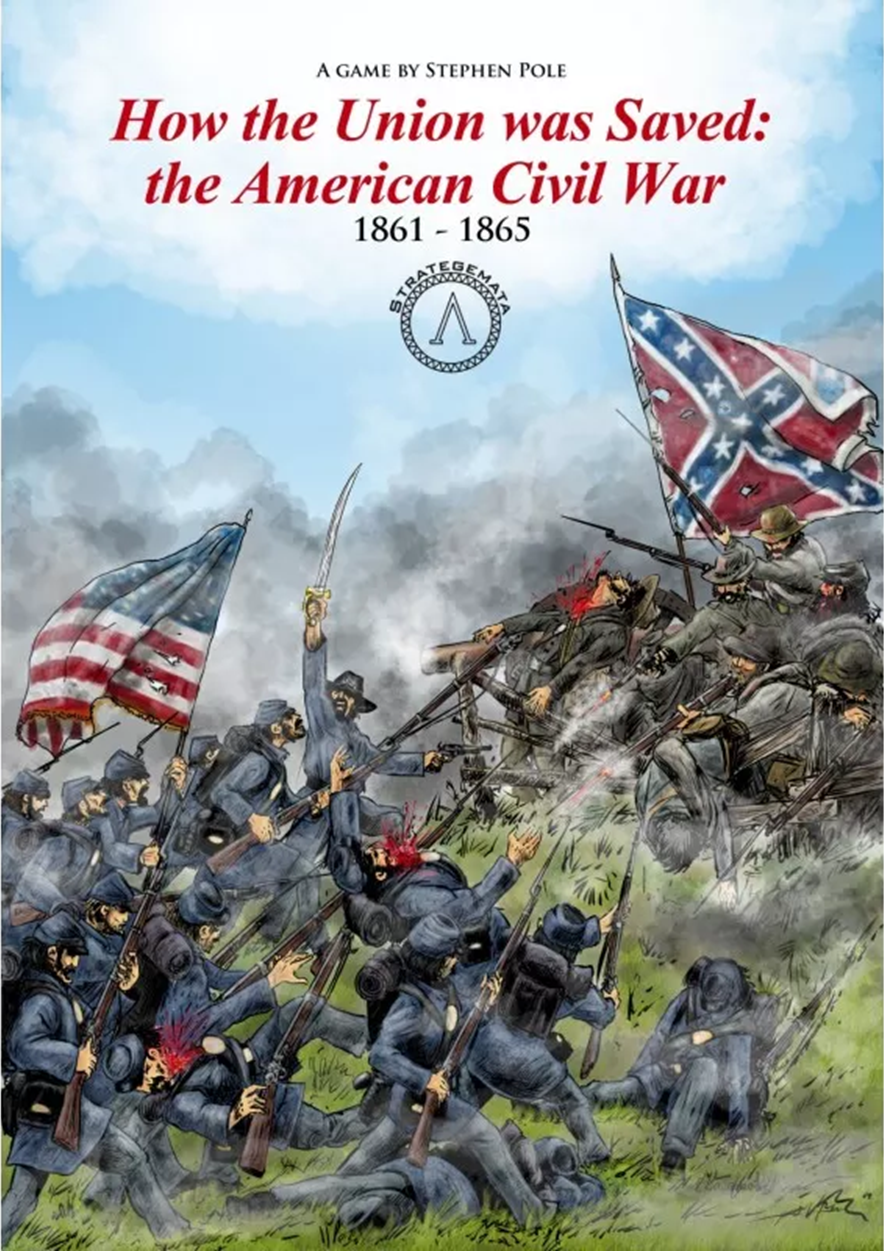 "When, on 12 April 1861, the South Carolina militia opened fire upon Federal soldiers manning a half-finished fort in Charleston Harbor, the first modern war began; or, perhaps more accurately, the first war of the industrial age began."

“How the Union was Saved” is a two – player strategic wargame depicting the entire American Civil War. One player controls the forces and resources of the North and, the other, those of the South.

During each Game Turn, which represents three months of actual time, players must consider how best to spend their precious Resource Points (RPs). These are used to build and maintain the chains of depots necessary to keep armies supplied and enable them to move and fight, as well as to construct fortifications. Generally, the RPs reflect the superiority of the Northern economy and resources; but, the actual number available each Turn is subject to a random modifier and cards depicting some of the most significant events of the war. The latter add historical color and, often, increase the tension by throwing a spanner in the works of the most carefully laid plan.

Those who have played the critically acclaimed “How the West was Saved” will recognize this approach.

For “How the Union was Saved” it is augmented by a new mechanic which emphasizes the “fog-of-war”. Only army commanders are deployed on the Game Map. The strength of forces under their command (comprising artillery, cavalry, and infantry) is hidden from the opponent until combat occurs and, even then, the total strength of one or both sides may not be revealed. This device puts players in the shoes of army commanders, able to gain an advantage through the clever use of bluff and deception; but, also vulnerable to a stinging reverse if, for example, they mistake a major offensive operation for a feint.

It has produced some really exciting games during testing, enjoyed by winners and losers alike. We hope that those who buy “How the Union was Saved” will also find the game a tense, enjoyable and rewarding experience.

Note: Given the nature of the Strategemata game box, tiny corner dings (very light) will not be separated from mint. Anything worse will be listed in the Ding/Dents section as normal.