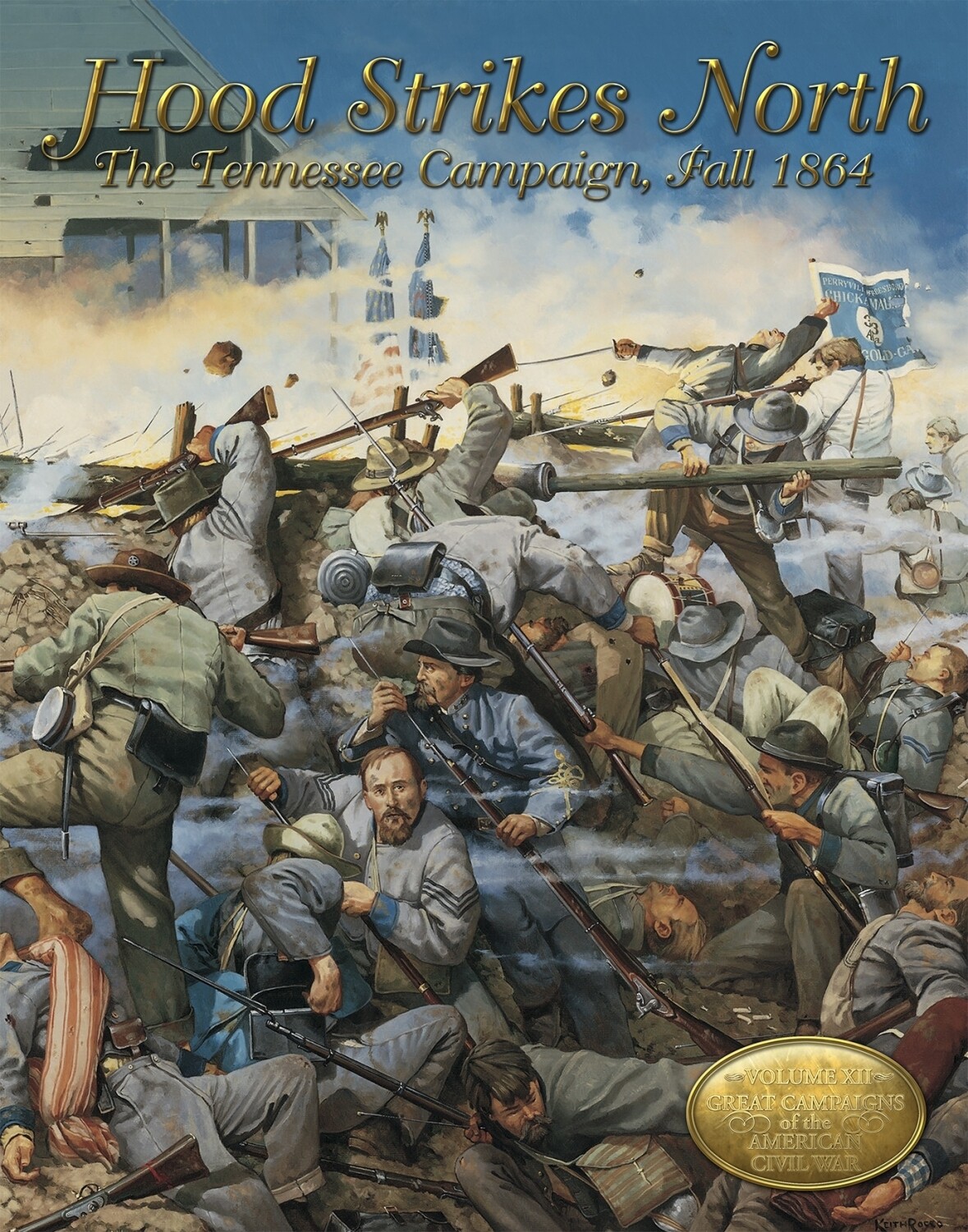 Hood Strikes North is the latest design in the award-winning Great Campaigns of the American Civil War (GCACW) series. It depicts the desperate offensive undertaken by General John Bell Hood’s Army of Tennessee in November 1864 through central Tennessee in an effort to capture Union-held Nashville. Union forces defending the critical Nashville-Chattanooga corridor, led by Maj. Gen. George Thomas (“The Rock of Chickamauga”), were initially scattered and ill-prepared to meet Hood’s thrust. But under Thomas’ prudent and patient leadership, the Rebels were stopped at the gates of Nashville and then thoroughly defeated by a Union offensive in mid-December.

Hood Strikes North will include a single map, two countersheets, and limited special rules, thereby making it a highly suitable game for newcomers to the Great Campaigns of the American Civil War series. The game is designed by Joe Balkoski (the original GCACW series creator), Chris Withers, and Ed Beach. Based on mid-19th century Tennessee county maps, the game map will adhere to the high graphic standards of its predecessors, with map design executed by artist Charlie Kibler—whose work on the series dates back to its creation in 1992.

Hood Strikes North will use the latest version of the GCACW Standard Basic Game Rules that all other games in the series use. After more than a quarter of a century of refinement, these rules are extremely well organized and relatively easy to learn, even for series newcomers. The Advanced Game rules will cover situations specifically applicable to the November – December 1864 timeframe.