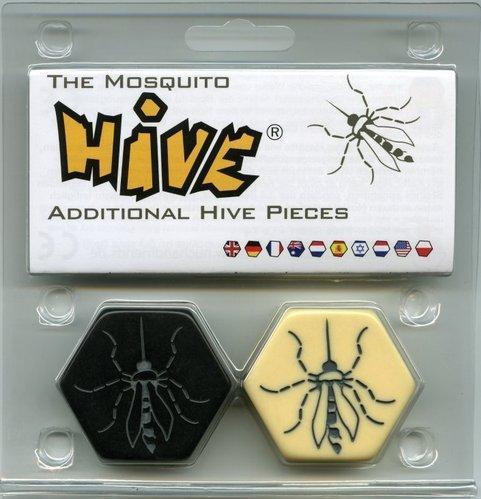 The Mosquito pieces can be added to a standard Hive set and are placed in the same way as other pieces. Once in play, a Mosquito can take on the movement ability of any creature of either color that it is touching at the start of its move, thus changing its movement characteristics throughout the game.