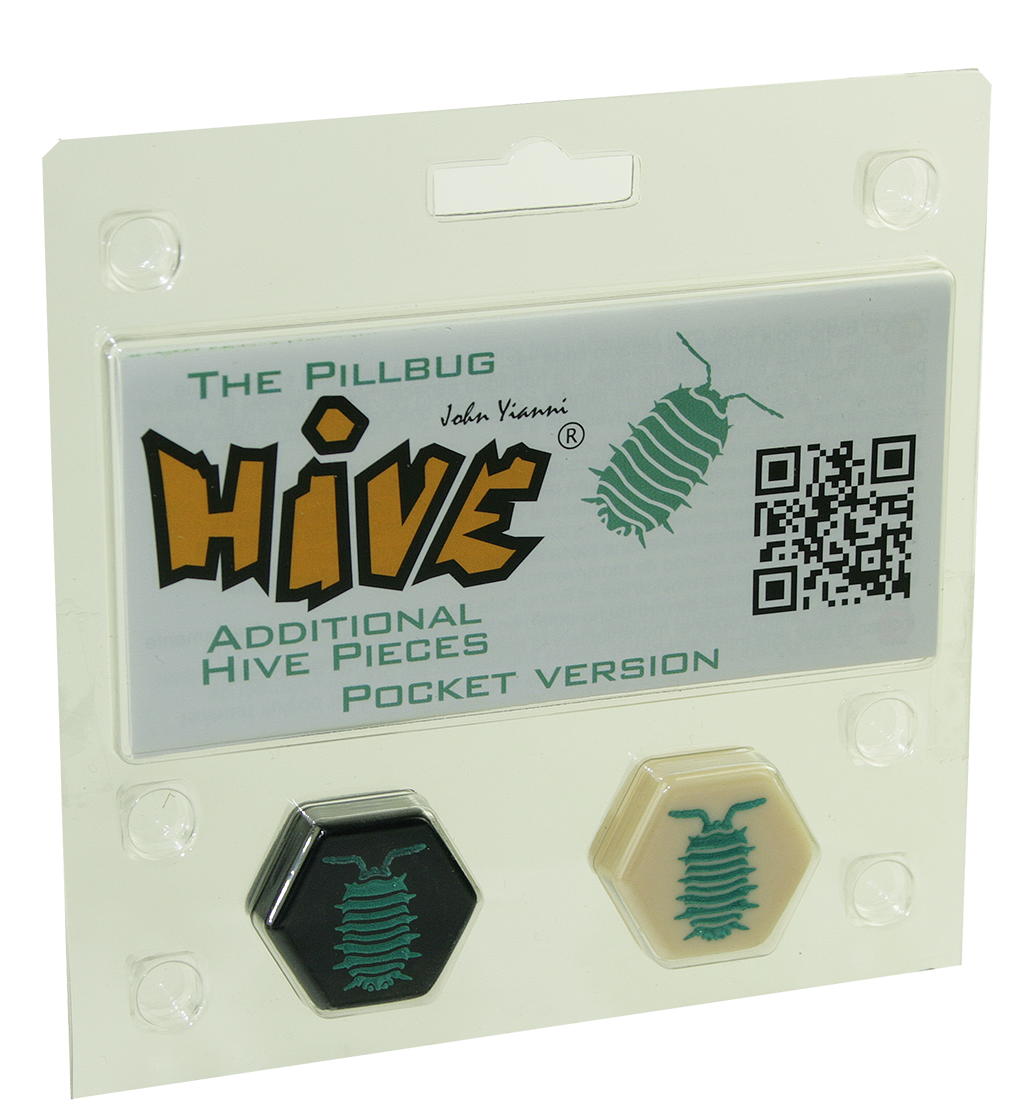 The Pillbug is a new pair of tiles that can be added to Hive. The Pillbug moves like the Queen Bee – one space at a time – but it also has a special ability that it may use instead of moving. This ability allows the Pillbug to move an adjacent unstacked piece (whether friendly or enemy) two spaces: up on to the Pillbug itself, then down into an empty space adjacent to itself. This expansion set can be added to the Pocket Hive game.