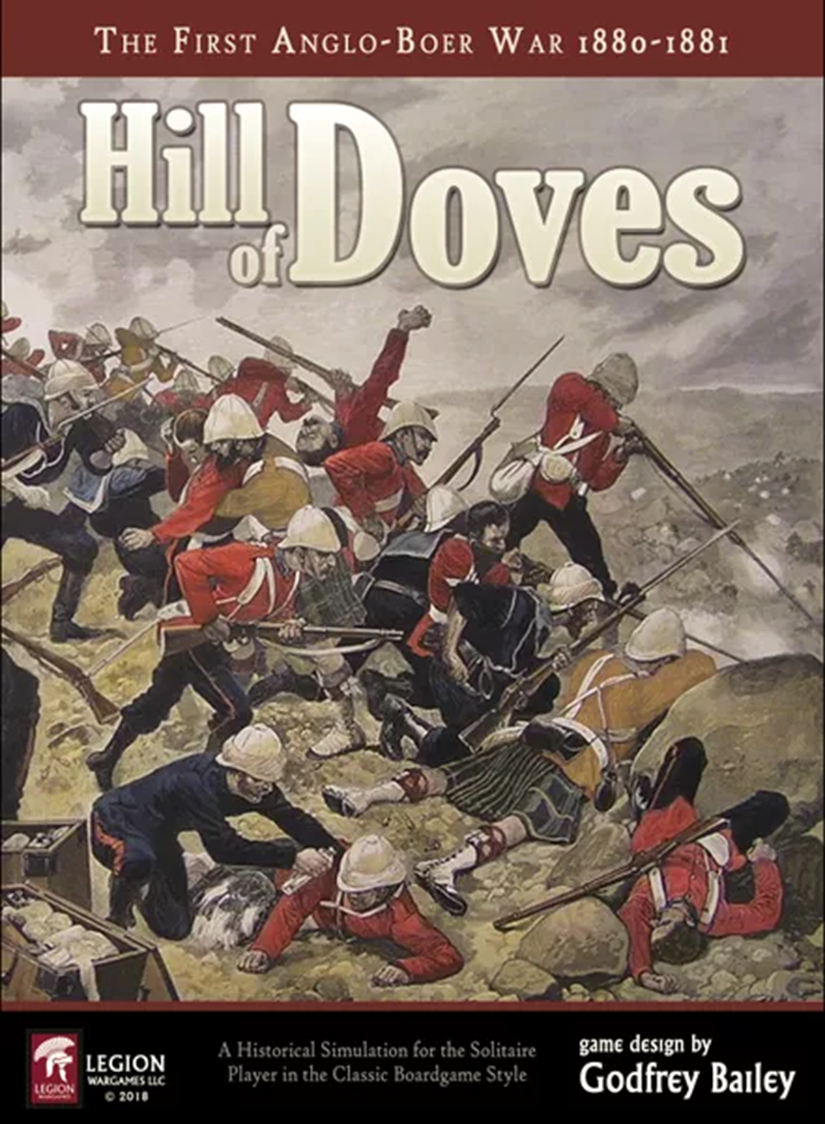 Hill of Doves is a solitaire boardgame in which the player controls An Imperial British Army at war with a programmed non-player Transvaal Republican Army in 1881. The British army’s aim is to win the war by controlling the area known as Laing’s Nek which lies on the border between Natal and the Transvaal. The British army has up to twelve weeks to achieve this, failing which, the Boers will win the war.

‘Hill of Doves’ is played at a strategic, operational and tactical level simultaneously. There are three phases to the game which are detailed on the Sequence of Play Cards. The Operational Phase is the heart of the game and represents a seven-day cycle, with a Strategic Phase being referred to at the end of each Operational Phase to resolve situations occurring during the week just passed and a Tactical Phase representing a variable number of hours being referred to each time the British carry out an assault.

‘Hill of Doves’ is played using a programmed system whereby the player follows the instructions on the Sequence of Play cards aided by the step marker and the Set-up Card. If any battles are to be fought the player will be referred to the Tactical Deck or the Ambush Deck to resolve the battle and then the player will be prompted to return to the Operational Deck to continue the war.

‘Hill of Doves’ is played on three boards simultaneously. These are the Strategic Board, Operational Board and Tactical Board. Game information is recorded on these boards and British strategic, operational and tactical columns are maneuvered on the maps located on these boards.

Once the rules have been mastered, ’Hill of Doves’ can be played solely by referring to the Sequence of Play Cards mentioned above and a game can be concluded in a single evening.