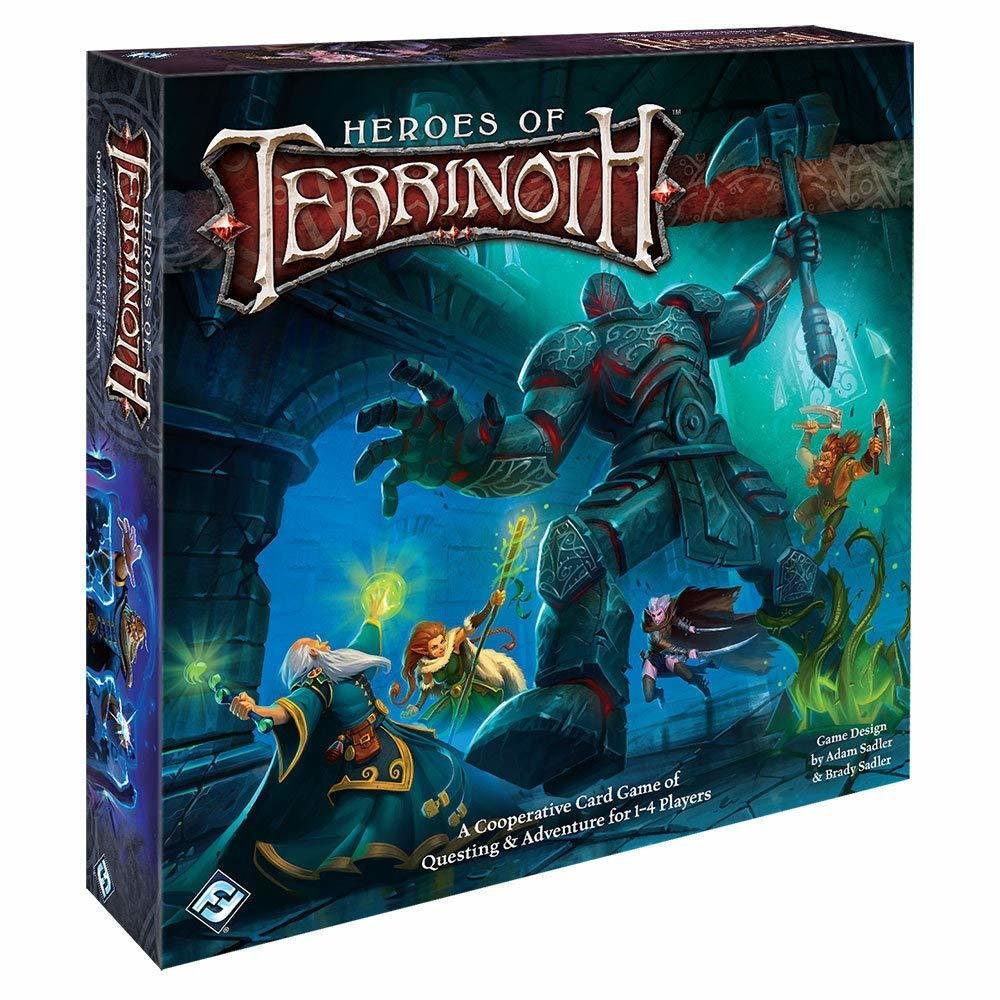 Strike back at the foes of the realm in Heroes of Terrinoth! In this cooperative card game of questing and adventure, one to four players take on the roles of unique heroes who must unite to face deadly villains, navigate treacherous terrain, and defend the realm to earn fame and fortune! Terrinoth needs champions- do you have what it takes?

In this cooperative card game of questing and adventure, one to four players choose from an array of twelve distinct heroes, spread across four possible archetypes: healer, warrior, mage, and scout. Each hero has a special ability reflecting the skills and talents they've learned along the way, and as you gain more experience through your quests, you'll have the chance to grow from a fledgling student to a true master of your art and specialize in different classes.

How you choose to advance you character depends on how you build your party—which skills your allies have mastered, and which areas still need improvement. The paths available to each hero often borrow lessons from other archetypes, allowing you to build a well-rounded party. For example, a mage can choose to become either a Geomancer, which helps them to fight like a warrior, or a Runemaster, who can evade as skillfully as a scout. Both options remain true to the heart of a mage by striking from a distance with magic, but once you take command of your hero, the choice is yours alone.