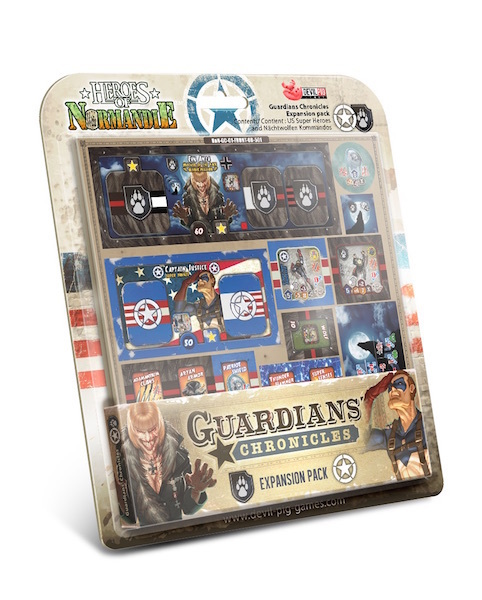 Heroes of Heroes of Normandy opened the liberation paths of Europe. This has been made possible with strong and powerful icons, going beyond what the simple man could do. These men and women have become something greater. They have become superheroes!

Fast, agile, endowed with extraordinary faculties, with mythical equipment or advanced technology. Send Captain Justice, the Super Yankee, at the front. He will stand in the front line of German armies, equipped with only strength and patriotism. Meanwhile, Lady Britain will illuminate the dark sky with mighty lightning.

The Allies were not the only ones to have their superheroes! The Reich has their own figurehead facing the opposing titans. Animal rage accompanies her and bloodlust is her reason for living. Her opponents are her next meal. A dark she-wolf gets in the way of these superheroes. She will leave them no chance, and if they ever manage to escape, her pack of werewolves will track them … Evil Anja is the mother of the pack.

Superheroes will have access to a new type of recruitment option: the superpowers! Instead of suffering hits, they can decide to lose superpower.

You must have the Heroes of Normandie base game in order to use this expansion pack.