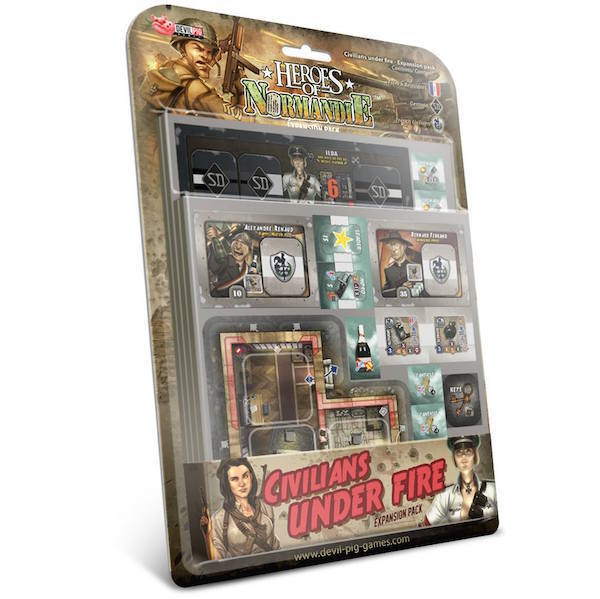 Despite the ambitions of the Vichy regime, proud resistance rise up to fight. Follow Gisèle in the liberation of his companions. Support Alexandre, brave and happy mayor, in his fight against oppression. Help Father Bernard to save the souls of his poor flock.

But be careful. In front of you are fearful opponents! The Gestapo keeps a close eye on things, led by the dangerous Ilda and her bodyguards, men as dogs.

The population, despite the conflict, will not remain inactive and will colonize your battlefields. From Papy and his gun to Toto and his slingshot, via the waitress and her seduction.

New mechanisms appear, as stacking for civilian units, which can disrupt your research. Your armies can now activate terrain elements. And above all, you will be able to customize your heroes! This mechanism from Shadows over Normandy (fantastic version of Heroes of Normandy) enters into Heroes!

You must have the Heroes of Normandie base game in order to use this expansion pack.